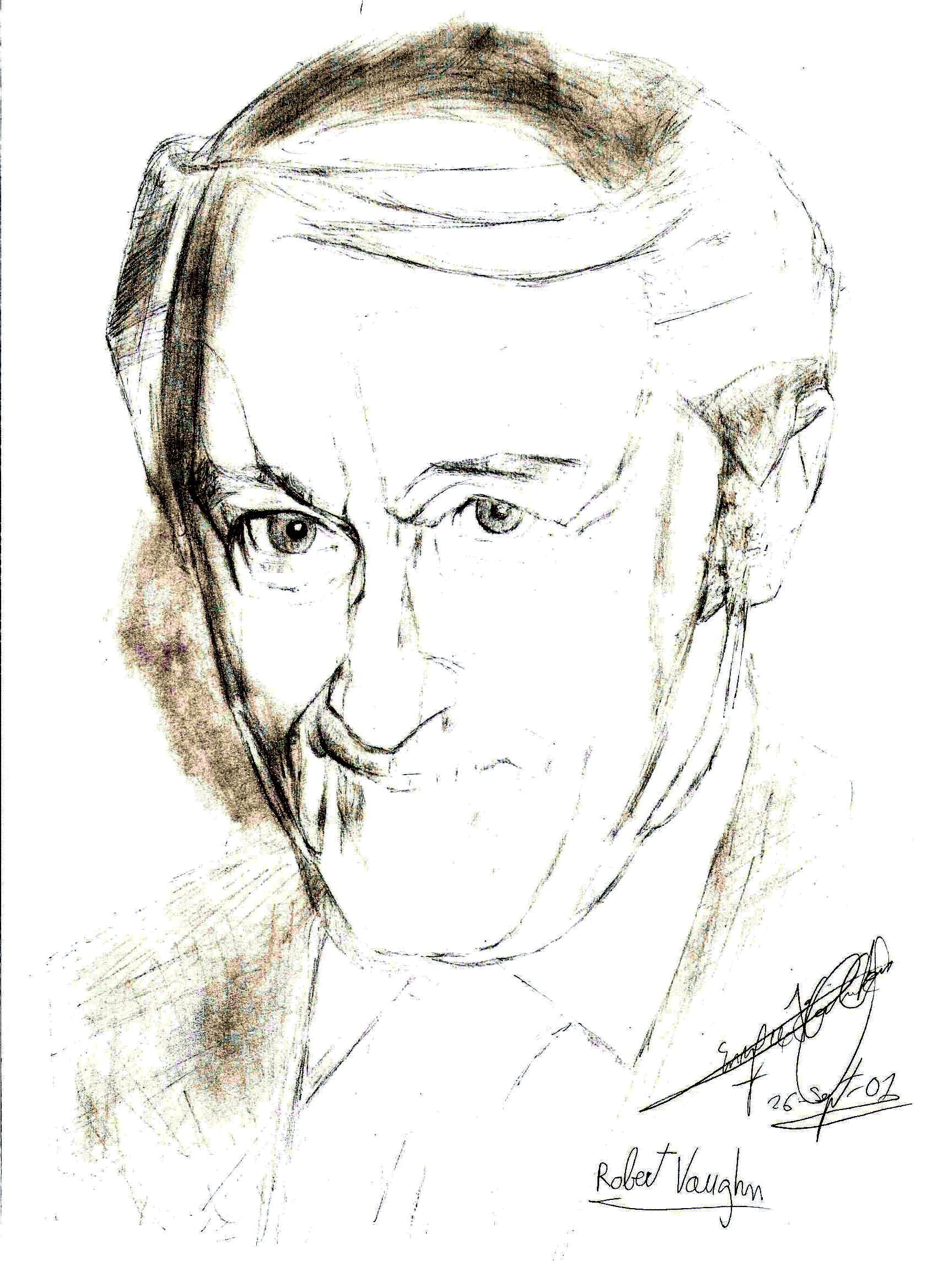 Robert Francis Vaughn (born , ) is an American -nominated actor noted for stage, and work. He is perhaps best known as suave spy Napoleon Solo in the popular 1960's TV series "", along with his villainous performance as Ross Webster in "", and most recently in the hit British drama, "Hustle", while continuing to be a popular television actor.

Vaughn was born in to showbiz parents Marcella Frances (née Gaudel), a stage actress, and Gerald Walter Vaughn, a radio actor. [ [http://www.filmreference.com/film/72/Robert-Vaughn.html Robert Vaughn Biography (1932-) ] ] He was raised in an family. [ [http://www.suntimes.com/entertainment/stage/447882,WKP-News-speak29.article CHICAGO SUN-TIMES :: Stage ] ] His parents separated when he was young, with Vaughn and his mother relocating to , , where he attended North High School and later enrolled in the as a major. He quit after a year and moved to . He enrolled in , then transferred to Los Angeles State College of Applied Arts and Sciences, where he earned his in theater. Continuing his higher education even through his successful acting career, Vaughn earned a in communications from the , publishing his dissertation as the book "Only Victims: A Study of Show Business Blacklisting" in 1972.

Vaughn made his television debut on the , "Black Friday" episode of the American TV series "Medic", the first of more than 200 episodic roles by mid-2000. His first movie appearance was as an uncredited extra in "The Ten Commandments" (1956), playing a golden calf idolater and also visible in a scene in a chariot behind that of . Vaughn's first credited movie role came the following year in the Western "Hell's Crossroads" (1957), in which he played the real-life Bob Ford, the killer of outlaw Jesse James.

Vaughn's first notable appearance was in "" (1959) for which he was nominated for a Supporting Actor Academy Award. Next he appeared as gunman Lee in "" (1960), a role he essentially reprised 20 years later in "" (1980), both films being adaptations of filmmaker 's 1954 ese epic, "" . Vaughn played a different role, Judge Oren Travis, on the 1998-2000 syndicated TV series "The Magnificent Seven". Vaughn is the only surviving member of the title cast of the original 1960 film (although , who portrayed the villain Calvera, is still living).

In the 1963-1964 season, Vaughn appeared in "" as Captain Raymond Rambridge alongside , the Marine at Camp Pendleton. His dissatisfaction with that role led him to request a series of his own. Earlier, Vaughn had guest starred on Lockwood's ABC series "Follow the Sun".

Vaughn currently is a spokesman in a set of generic advertisements for various law firms around the U.S. One example is [http://www.kalfusnachman.com Kalfus & Nachman] in Norfolk, VA. A TV commercial featuring Vaughn urges injured complainants to tell the insurance companies "You mean business."

From 1964 to 1968, he starred as "Napoleon Solo", the man from U.N.C.L.E. ("United Network Command for Law and Enforcement"), with British co-star . Following the end of that series &mdash; which had spawned a spin-off show, large amounts of merchandising, and overseas theatrical movies of reedited episodes &mdash; It was in this year that Vaughn landed a large role playing an ambitious Californian politician in the film "" staring Steve McQueen. Vaughn continued to act, in television and in mostly . He starred in two seasons of the detective series "" in the early 1970s, and a decade later starred with friend in the final season of "". According to , Vaughn was actually added to the cast of that show because of his friendship with Peppard. It was hoped Vaughn would help ease tensions between and Peppard.

In 2004, after a string of guest roles on series such as "", in which he had a recurring role during season eight, Vaughn experienced a resurgence. He began co-starring in the series "Hustle", made for the UK's , also broadcast in the on the AMC. In the series Vaughn plays elder-statesman con artist , a father figure to a group of younger grifters. In September 2006, he guest-starred in "". Vaughn is a pitchman for personal injury attorneys in television commercials aired throughout the USA.

Vaughn also appeared as himself narrating and being a character in a radio play broadcast by in 2007 about making a film in , , during the Russian invasion of 1968. Frequent references are made to his playing Napoleon Solo and the character's great spying abilities.

Vaughn is a well known member of the Democratic Party. Due to his tremendous popularity at the time, he was asked by the California Democratic Party to oppose fellow actor , who was the Republican Party nominee, in the 1966 Gubernatorial Election. The thinking being that the handsome and charismatic Vaughn, who was in the prime of his career at that point, would be able to counteract Reagan, who was also charismatic, but older and at the time not as popular an actor as Vaughn was. However, Vaughn refused, stating his support for . Brown lost the election in a landslide to Reagan, and the victory helped catapult Reagan all the way to the Presidency.

Vaughn was a very close friend of , and supported his candidacy for President before his assassination.

In his upcoming memoir, "A Fortunate Life," Vaughn recalls watching his good friend, and future Oscar winner stumble his way through a scene of "Bus Stop" in a mid-1950s acting class without the "confidence" to carry it off. "Nicholson declared, 'Vaughnie, I'm going to give myself two more years in this business. Then I'm going to look for another way to make a living.' 'Hang in there, Jack,' Vaughn told him. 'You're too young to quit.'"

Vaughn married actress Linda Staab in 1974. They appeared together in a 1973 episode of called It Could Be Practically Anywhere On the Island in which Staab guested as a dizzy American whose dog was stolen. Vaughn's character Harry Rule stepped in to find the dog. They have adopted two children, Cassidy (b. 1975) and Caitlin (b. 1981). They also have a mix named Sam (named after the beer, Sam Adams), which was adopted after the death of their previous dog, a named Peaches. [cite news
author = Blaine Novak
title = Robert Vaughn and his friend Sam
publisher =
pages = 12-15
date = Fall 2006]