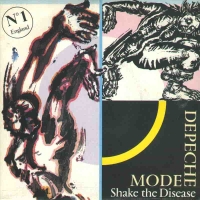 The song was intended for the band's future album "" which was released a little less than a year later. However it was finished too soon and the band decided to make a Singles compilation in order to release the song early.

The music video is the first Depeche Mode video directed by and features an innovative camera trick to make it appear as though the band members are falling.

*"Master and Servant" was recorded at the show on , .

* The lyric "I've got things to do, and I've said before I know that you have too" is possibly a reference to the song "Stories Of Old" on the 1984 Depeche Mode album "", which contains the lyric "I've got things to do/You have too/And I've got to be me, you've got to be you."
* radio station named "Shake the Disease" as the number one song of 1985.
*The song was covered by the Belgian band for the 1998 tribute album "".