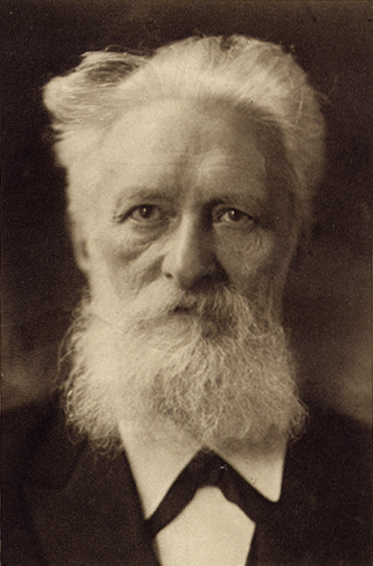 He was born in , Hanover (now ), and studied at and University. In 1871, after five years working as a school teacher, he was appointed Professor of at the University of , . He stayed there until 1874 when he took up a similar position at the University of , Germany in 1874. He stayed there until he retired in 1920. From 1913-1914 he served as guest lecturer at . He married in 1882 and had a daughter and two sons. His son became a famous founder of neoliberal thought in economics.

His philosophy was based around human experience, maintaining that humans have s, and that they are therefore at the junction between nature and spirit. He believed that people should overcome their non-spiritual nature by continuous efforts to achieve a spiritual life. He called this .