Home for the Holidays (film)

Home for the Holidays (film) 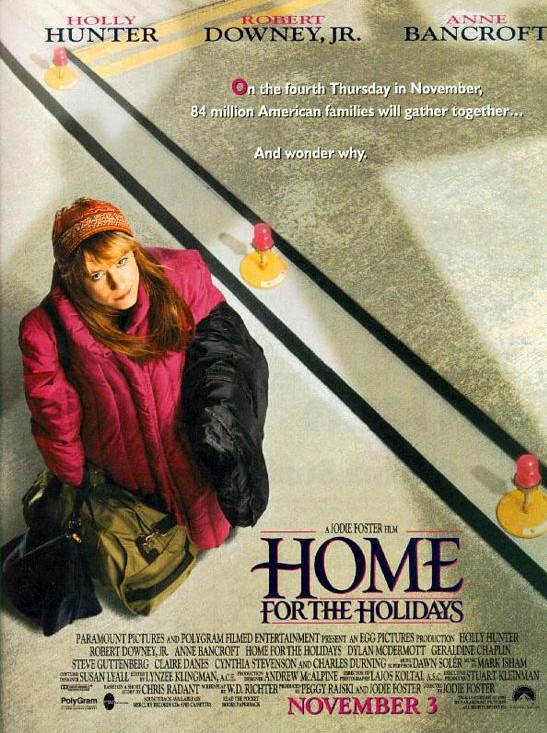 "Home for the Holidays" is a 1995 directed by and produced by Peggy Rajski and Jodie Foster. The screenplay was by based on the short story by Chris Radant. The music score was by and the cinematography by .

The story is about Claudia Larson (), a single mom who spends at the home of her parents, Adele () and Henry Larson () while her only child Kitt () decides to spend the holiday with her boyfriend. It also does not help that Claudia has just lost her job. The family gathering also includes Claudia's conservative sister, Joanne Larson Wedman (), her husband () and children; Claudia's gay brother Tommy () and his newest friend Leo Fish (), her eccentric aunt Gladys ().

"Home for the Holidays" was released on , in 1,000 theaters and grossed $4 million in its opening weekend. It went on to make $17.5 million in North America.

The film received mixed to positive reviews from critics with a 62% rating at and a 56 metascore at . In his three and half star review, praised Foster's ability to direct "the film with a sure eye for the revealing little natural moment," and Downey's performance that "brings out all the complexities of a character who has used a quick wit to keep the world's hurts at arm's length".