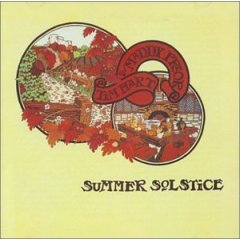 "Summer Solstice" is a album by and . The album was recorded after the duo had joined . The songs are mostly pastoral, with subtle understated instrumental accompaniment. (Original cover shown).