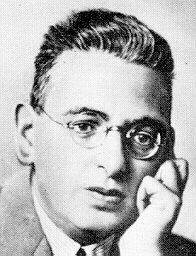 Richard Oswald, born in as Richard W. Ornstein, began his career as an actor on the Viennese stage. He made his film directorial debut at age 24 with "Das Eisene Kreuz" (1914). In 1916, Oswald set up his own production company in , writing and directing most of the films himself. His pre-1920 efforts include such literary adaptations as "" (1917), "" (1918), and "Around the World in Eighty Days" (1919). Oswald directed nearly 100 films. Some critics have suggested that Oswald was more prolific than talented, but such films as his 1932 horror film "" (a.k.a. "Weird Tales" or "Unholy Tales"), produced by no less than , would seem to refute this claim as it is viewed by some to be a forgotten classic.

Being Oswald was forced to flee , first for occupied and later immigrating to the . His last production was "The Lovable Cheat" (1949), an inexpensive but worthwhile adaptation of a Balzac story which boasted an impressive cast including , , and . Oswald died in in 1963.