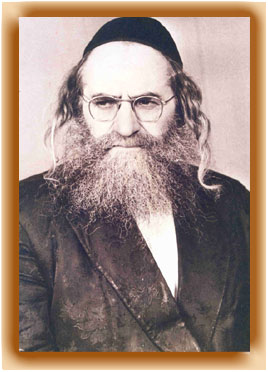 Baruch Shalom ha Levi Ashlag (also known as the "Rabash") was born in , , on , . [Feiga. Ashlag, A Prayer of a Kabbalist, p. 5] He began his studying with his father's (Kabbalist Rabbi Yehuda Ashlag) selected students at the age of nine, and joined him on his trips to the Rabbi of and to the Rabbi of Belz. [Rabbi Abraham M. Gotlieb, Ha Sulam, p. 233] In 1921, at age 13, he immigrated with his family to the (Palestine of those days), [Eliezer. Sscweid, The Redeeming Revelation - Justification of God in Rav Yehuda Ashlag's Kabbalistic Doctrine, in Between Ruin and Redemption, Reactions of Haredic Thinking to the Holocaust in Its Time, Hillel Ben Chaim Library, HaKibutz HaMeuhad Publication, 1994 p. 194] and continued his schooling at the Hasidic institution "Torat Emet". [F. Ashlag, A Prayer of a Kabbalist, p. 6; Rabbi Abraham M. Gotlieb, Ha Sulam, pp. 233-234]

He would often study with his father in private, and what he'd heard from his father he wrote in his personal notebook. Thus, thousands of unique notes were accumulated, documenting Rabbi Yehuda Ashlag's explanations concerning the spiritual work of an individual. [Shamati, Editor's Note; F. Ashlag, A Prayer of a Kabbalist, p. 7] (It should be pointed out that Rabbi Yehuda Ashlag is considered one of the foremost Kabbalists of the 20th century. ["Rav Yehuda Ashlag is undoubtedly the greatest kabbalist that operated in the 20th century" (Boaz Hus, PhD, Department of Jewish Thought, Ben Gurion University). "Rav Yehuda Ashlag was among the gretest Kabbalists in the last generations" (Jonathan Garb, PhD, The Department of Jewish Thought, Hebrew University, Jerusalem). In Michael Laitman, PhD, The Last Generation, Contemporary Researchers about Baal HaSulam's work) Also, see Talmud Eser ha Sefirot, Part 1, endoresements of Rav Kook and Rav Chaim Zonnenfeld at beginning of book)] He is known as Baal HaSulam (Master of the Ladder) for his Sulam (Ladder) commentary on The Book of Zohar.)

He studied Kabbalah with his father for more than thirty years. When his father, Baal HaSulam, fell ill, he appointed the Rabash to give the lessons to his disciples in his stead. [F. Ashlag, A Prayer of a Kabbalist, p. 8] After the passing of "Baal HaSulam", the Rabash took his father's place as the leader of the Ashlag Hasidim, and dedicated his life to continue his father's unique way, to interpret and expand on his father's writings, and to disseminate the Kabbalah among the people.

In 1983, some forty new students joined the group of Kabbalists that the Rabash had been teaching up to that point. To help them "fit in" with the group more easily and quickly, he began to compose essays describing the spiritual evolution of an individual, and the basics of the work in a group of Kabbalists. [F. Ashlag, A Prayer of a Kabbalist, p. 13] From 1984 and up to his last day in 1991, he would write a weekly article and give it to his disciples. In time, his disciples collected the essays he had written and published them in a five volume publication known as "Shlavey ha Sulam" ("Rungs [of] the Ladder"). [Rabbi Baruch Ashlag, Shlavey Ha Sulam, Bnei Baruch, 2,000. The same composition was published earlier under the title Sefer Ha Maamarim (Book of Essays)] Rav Baruch Shalom HaLevi Ashlag died on , . [Hamodia News Paper, a report on Rabash's demise, September 15, 1991]

The Rabash's primary engagement was interpretation and expansion of his father's (Baal HaSulam) compositions. The Rabash's essays are a far easier read than compositions of former Kabbalists, since they are written in a simple language. Baruch Ashlag dedicated most of his efforts to elaborate on an individual's spiritual path, from the very first steps, when one asks, "What is the meaning of my life?" to one's climb toward the revelation of the spiritual reality.His disciples testify that "the Rabash believed that any person, man or woman, and even the youngest child can study the internality of the Torah, if they only wish to complete the correction of their souls". [F. Ashlag, A Prayer of a Kabbalist, p. 12; Rabbi Abraham M. Gotlieb, Ha Sulam, pp 262-263]

*"Shamati" ("I Heard"): This is the Rabash's personal notebook, where he wrote what he had heard from his father throughout the time he was studying with him. The uniqueness of the book is in its content, and the (conversational) language in which it is written. The book contains essays that describe the spiritual states one experiences along the spiritual path. These essays are the only documentation that we have of the conversations the author of the Sulam commentary had had with his disciples. At his deathbed, the Rabash handed the notebook over to his prime disciple and personal assistant, Rav Michael Laitman, who published it as a book three years after the Rabash's demise. The book title comes from the writing that appeared on the cover of the notebook in which it was written, where the Rabash himself wrote, "Shamati" (I heard). From the 2nd printing onward, the book also contains "The Melodies of the Upper World," music notes to 15 of the melodies Baal HaSulam and the Rabash composed.
*"Igrot Rabash" ("Letters [of the] Rabash"): These are letters Baruch Ashlag had sent to his disciples while he was overseas. In his letters, the Rabash answers his disciples' questions concerning their spiritual path and progress, indicates the spiritual meaning of the according to Kabbalah, and addresses many other issues.
*"Dargot ha Sulam" ("Steps [of] the Ladder"): This is a two-volume publication containing primarily utterances and notes that Rabbi Baruch Ashlag had written in the course of his life. These were mostly written as drafts on scraps of paper and served as headlines, drafts for essays and answers he'd written to his disciples. This book can teach a lot about the Rabash's state of mind and thoughts, and it continues the essays in the book Shamati.
*"Shlavey ha Sulam" ("Rungs [of] the Ladder"): A comprehensive five-volume composition containing all of Rabash's essays between 1984 and 1991. In this publication, Ashlag explicates in detail his Kabbalistic doctrine, beginning from man's work in a group, which is a fundamental element in this teaching, through a Kabbalistic interpretation of the Torah (Pentateuch) as an allegory to a person's spiritual path in our world.

Rabbi Yehuda asserted that a human being is a social being and that one cannot exist without a society that provides for one's basic needs, and projects its values upon its members. [Yehuda Ashlag, 1995, Matan Torah, The Peace, Ohr ha Ganuz Publication, p 88] As his father before him, the Rabash believed that an individual is constantly affected by the environment one is in. From the moment a person enters a certain society, he or she no longer has freedom of choice and is completely subordinate to its influence. According to Ashlag, one's only choice is the choice of the environment that will project the values one wants to adopt. [Baruch Ashlag, 1998, Book of Essays, Ohr Baruch Shalom, Jerusalem pp 1-10]

Since the spiritual path is like a thin line, from which one must be careful from deviating, the society that is meant to support and promote a person toward one's goal in life is of critical importance. Hence, as did his father, he spent many years formulating the fundamentals of building a co-operative society that strives to achieve spirituality, the way Kabbalists perceived it throughout the generations: obtaining love of the Creator by means of obtaining love of man. [Baruch Ashlag, 1998, Book of Essays, Ohr Baruch Shalom, Jerusalem pp 41-42] For this reason, the bulk of Rabash's essays are dedicated to explication and simplification of the principles of the spiritual work of an individual within such a society.

Rabbi Baruch Ashlag asserted that two elements are imperative to one's spiritual path. First, one must find an environment that will promote one as safely and as quickly as possible toward "equivalence of form" with one's Maker. [Baruch Ashlag, Book of Essays, p 19 and pp 1-10] Next, one must know how to approach the study of Kabbalah correctly, so that no time is lost. [Baruch Ashlag, Shlavey Ha Sulam (Rungs of the Ladder), Vol 2, 2,000, Bnei Baruch, Israel, pp 173-180] Once we've explained the first element in the previous item, let us now explain the second: Kabbalists throughout the generations believed that during the study, a Light shines on a person's soul, a "Surrounding Light." [Baruch Ashlag, Shlavey Ha Sulam, Vol 3, p 69; Yehuda Ashlag, 1956, Talmud Eser ha Sefirot (The Study of the Ten Sefirot, Vol 1, Jerusalem, p 43; Rabbi Isaac Yehuda Yehiel Safrin of Kumarna, Heichal Beracha, Devarim, p 208; Rav Avraham Isaac Ha Cohen Kook, Orot ha Torah, Chapter 6, p 16 and Chapter 10, p 10] To receive that Light within the soul, one need only want that Light to permeate one's soul. In other words, one needs to want to experience the states that the Kabbalist who wrote the book is describing. However, this is a complex process, requiring time and considerable effort on the part of the student, since one must reach a state of "prayer," i.e. to formulate a complete desire to discover the Higher Reality. [Baruch Ashlag, Shlavey Ha Sulam, Vol 2, pp 16-20]

The emphasis in his teachings is not on understanding the material, but on the individual's desire. From the moment a person acquires a complete measure of desire to reach spirituality, the spiritual world opens and one discovers the Upper Worlds described by the author. [see previous reference]

In "Shamati", essay 209, he mentions three conditions to reach "genuine" prayer, a complete "desire" for spirituality: Quotation|There are three conditions to a prayer: a) To believe that He [the Creator] can help one. b) That one no longer has any other counsel, that one has already done all that one could, but yielded no cure to one's affliction. c) That if He does not help one, one's death is better than one's life. Prayer is a matter of work in the heart. And the more one is lost, the greater is one's prayer.|Baruch Ashlag|Shamati, page 209

After his demise, several of his disciples continued to study according to his method, the most prominent of which are Rabbi Avraham Mordecai Gotlieb and Michael Laitman. Another of his students is the D'zerke Rebbe Rabbi Aharon Brizel who is currently teaching this method in Jerusalem and in New York, as well as Rabbi Fievel Okowita that heads Kabbalah Institute of America. There are also a few of his students and disciples who studied intensively with the Rabash and continue to teach quietly to small select groups and individuals.

*Feiga Ashlag, "A Prayer of a Kabbalist: from the life of Rabbi Baruch Shalom Ashlag, Bnei Brak", 1997
*Rabbi Avraham Mordecai Gotlieb, "The Sulam: the lives and teachings of our sacred rabbis, the ADMORIM of the house of Ashlag and their disciples", Jerusalem, 1997

Links to His Writings (In Hebrew)