And the Angels Sing

And the Angels Sing 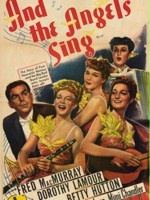 This film was directed by George Marshall and released by , and is a followup to the popularity of the song's title. The story is about a singing sister group, their exploitation by their bandleader, and their subsequent rise to fame.