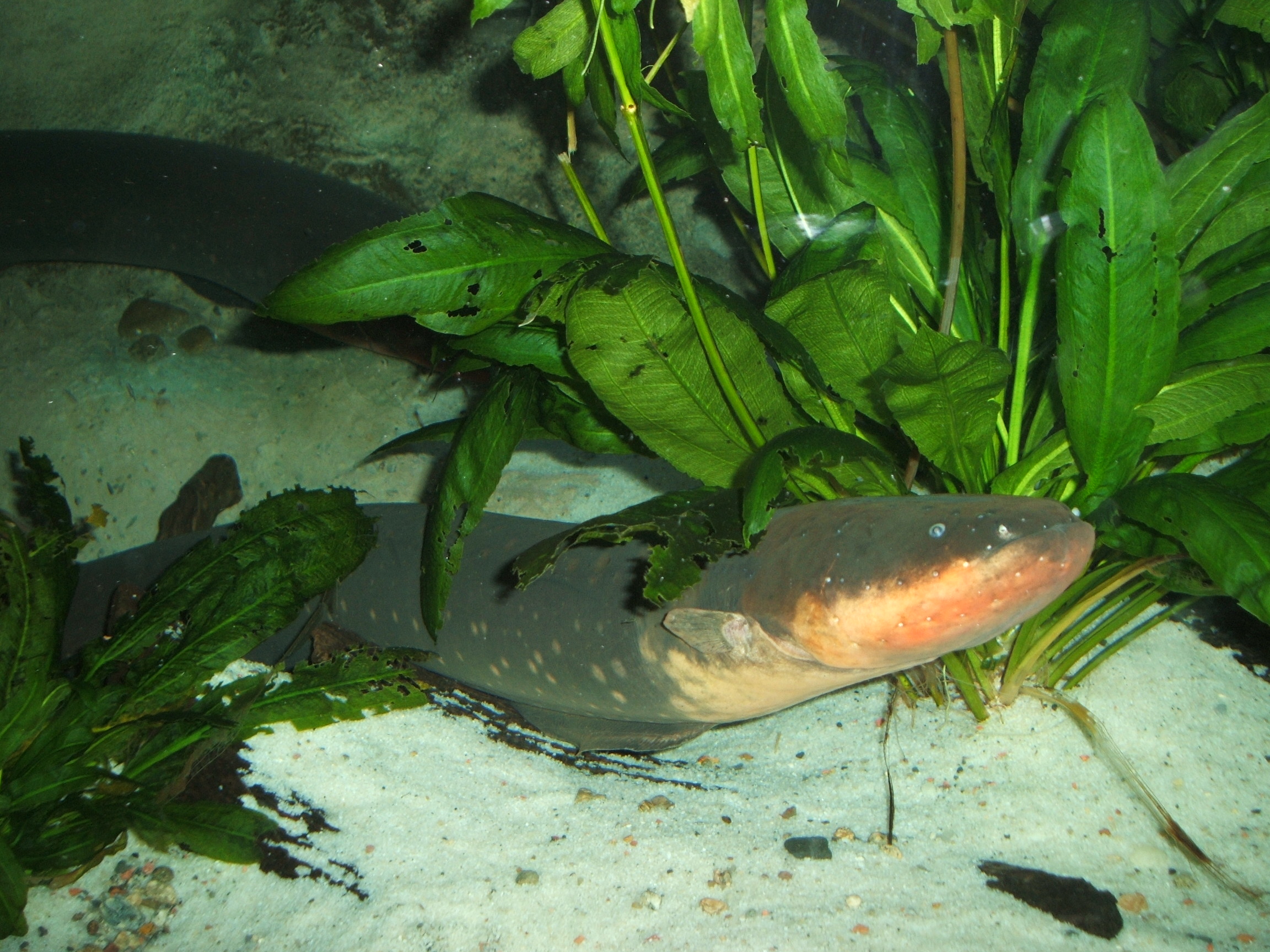 The electric eel, "Electrophorus electricus", is a species of . It is capable of generating powerful electric shocks, which it uses for both hunting and self-defense. It is an in its n range. Despite its name it is not an at all but rather a knifefish.

A typical electric eel has an elongated square body, a flattened head, and an overall dark grayish green color with yellowish on the front bottom area.

They have a vascularized respiratory organ in their oral cavity.

Scientists have been able to determine through experimental information that "E. electricus" has a well developed sense of hearing. They have a that connects the ear to the swim bladder which greatly enhances their hearing capability.Fact|date=April 2007

The electric eel has three abdominal pairs of organs that produce electricity. They are the Main organ, the Hunter's organ, and the Sachs organ. These organs comprise 4/5 of its body. Only the front 1/5 contains the vital organs. [http://helium.vancouver.wsu.edu/~ingalls/eels/Electric_Anatomy/electric_anatomy.html] These organs are made of s, lined up so that the current flows through them and produces an electrical charge. When the eel locates its prey, the brain sends a signal through the nervous system to the electric cells. This opens the channel, allowing positively-charged to flow through, reversing the charges momentarily. By causing a sudden difference in , it generates a current. The electric eel generates its characteristic electrical pulse in a manner similar to a battery, in which stacked plates produce an electrical charge. In the electric eel, some 5,000 to 6,000 stacked are capable of producing a shock at up to 500 and 1 of current (500 s). The organs give the electric eel the ability to generate two types of s (EODs), low voltage and high voltage. The shock could be harmful for an adult human.

The Sachs organ is associated with .

EODs are emitted by the main organ and the Hunter's organ that can be emitted at rates of several hundred Hz.

Electric eels can be found in fresh waters of Central and South America, such as in swamps, coastal plains, and creeks. They tend to live on muddy bottoms in calm water.

Electric eels feed on s, while adult eels feed on and small s. First-born hatchlings will even prey on other eggs and embryos from later batches.

The species is so unusual that it has been reclassified several times. Originally it was given its own family Electrophoridae, and then placed in a genus of alongside "".

* [http://www.archive.org/details/electric_eel 1954 educational film about the electric eel] from the
*
* [http://www.nbc.com/nbc/Fear_Factor/tales/319_electric_eel.shtml Interview with "Fear Factor" contestant]