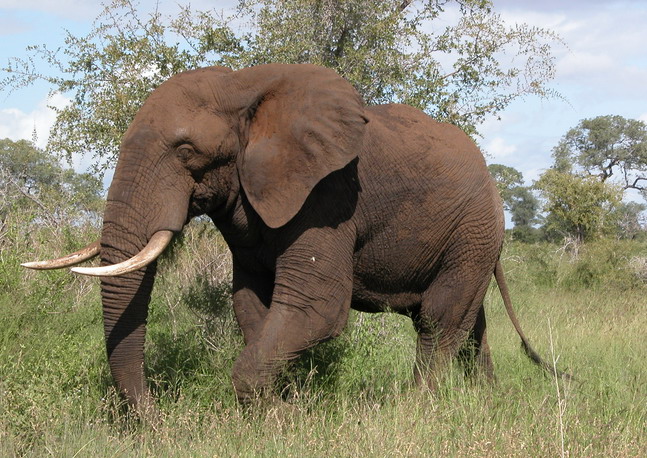 Proboscidea is an order containing only one family of living animals, Elephantidae, the s, with three living (, , and ).

During the period of the last there were more, now , including the genus of elephants Mammuthus (s) and the elephant-like species the s. Further back in time, in the late Tertiary, there were many more different types, including the "s" like "" and "". The earliest known proboscidean is "" dating from deposits of . From the , several very primitive proboscideans are known, including the African "", "", "" and the from the Indian subcontinent.

s know of about 170 fossil species which they classify as belonging to the Proboscidea (Gr. "proboskis," elephant's trunk, from "pro," before, + "boskein," to feed) group. The oldest dates from the early period, over 56 million years ago. A discovery in December, has forced a new estimate of the age of elephant-like species to around 27 million years. Most of these early elephants had four short tusks; two on the upper jaw and two on the lower. "", the ancestor of and modern , appeared in the late epoch, about 7 million years ago. The evolution of the elephant-like animals mainly concerned the proportions of the and and the shape of the s and molar teeth.