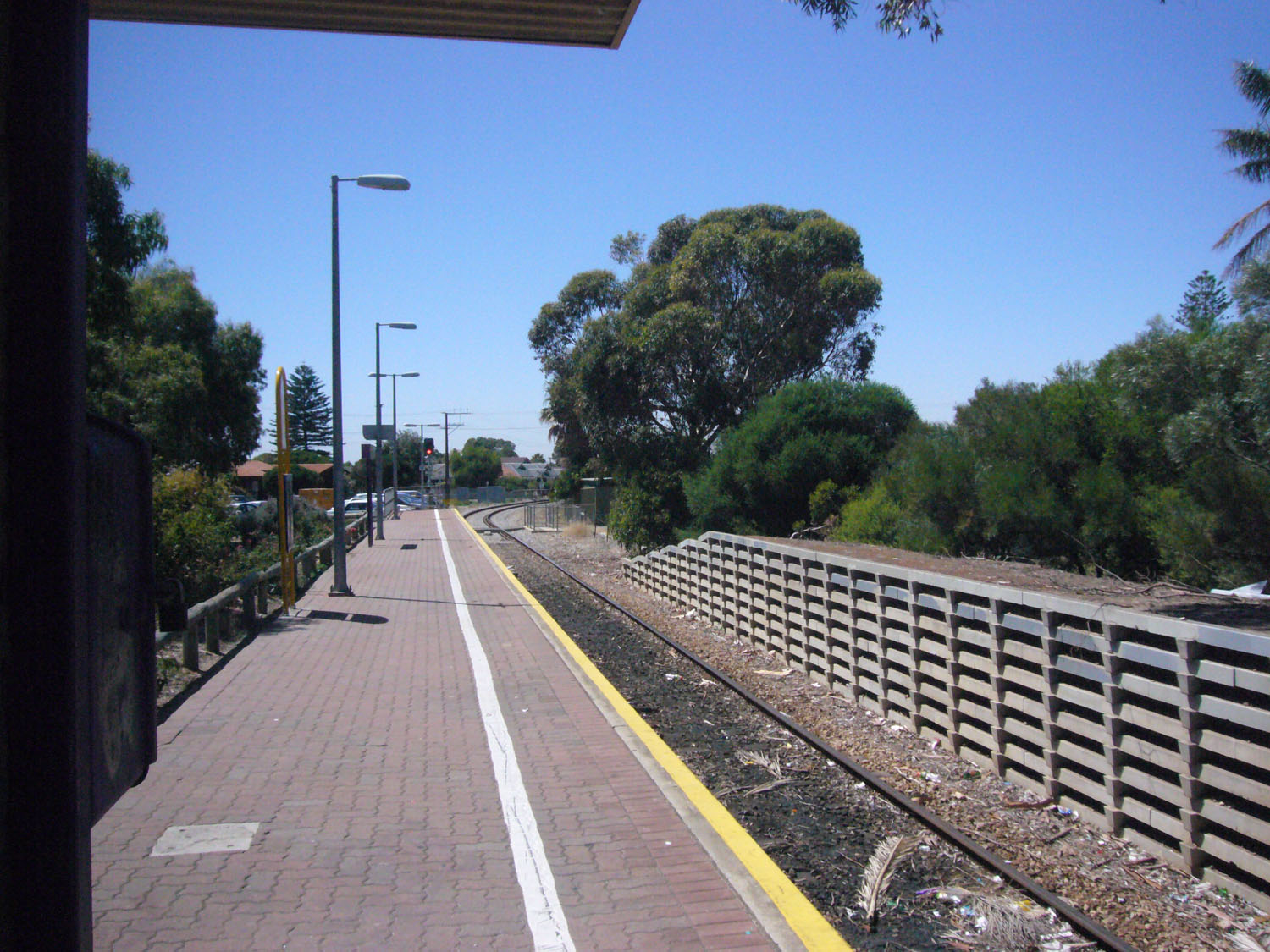 The Grange railway line is a suburban branch line in the city of , .

The railway line between Woodville and Grange opened in September 1882. This was a private railway, constructed by the Grange Railway and Investment Company. The early railway was not a financial success and was bought out by the government-owned South Australian Railways in 1893.

Modifications to the track layout at Woodville station in 1909 enabled trains from the Grange branch to travel beyond Woodville.

In November 1940 the Hendon branch line was opened diverging from the Grange line at Albert Park and running 1.1 km (¾ mile) to the Hendon munitions works. After the end of the Hendon trains only operated at industrial shift-change times. In spite of low passenger numbers the Hendon branch continued operation until 1 February 1980,

The terminus at Grange was rebuilt in the late 1980s on the eastern side of Military Rd to eliminate a . The old station was formerly a stop on the Henley Beach line, an extension of the Grange line which closed in 1957.

A station named Holdens, located between Woodville and Albert Park stations adjacent to what is now the SA Manufacturing Park, was closed in 1992 and subsequently demolished.

The line runs from the to the seaside suburb of Grange. The route follows the same alignment as the Outer Harbor Line as far as Woodville station, where it diverges south west and across Port Road. The route then travels past Albert Park and bisects the between Seaton Park and East Grange stations.

The line is single track from Woodville to Grange with no s over its entire length. All stations on the line are unattended and have only very basic passenger waiting facilities. The line is 5.5 km long and broad gauge (1600mm).

Once every two years services are temporarily cut back to Seaton Park station for approximately two weeks for the running of the Jacob's Creek Open golf tournament. Rail replacement buses are used to transport passengers for the remainder of the route.

Until 1996, Grange line services previously operated as a shuttle from Woodville station at night and on weekends, connecting with Outer Harbor line services.

The vast majority of services are operated by 3000/3100 class railcars. s have not operated on the line since .