University of Pittsburgh School of Law

University of Pittsburgh School of Law 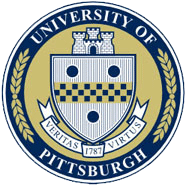 The University of Pittsburgh School of Law ("Pitt Law") was founded in , and became a charter member of the in 1900. The University's School of Law has roots as far back as 1843 when attempts were originally made to organize a School of Law which was disrupted by a fire that destroyed the University's facilities in 1849. [ [http://books.google.com/books?id=TPUMAAAAYAAJ&printsec=titlepage#PPA364,M1 George Thornton Fleming, History of Pittsburgh and Environs, from Prehistoric Days to the Beginning, 1922, American Historical Society, New York, pg 364] ] In 1923, Pitt Law received full approval from the ABA. The School of Law is one of 17 schools comprised by the , and is located in the Oakland neighborhood of the city on the main University of Pittsburgh campus. Pitt's Law School faculty has been ranked 21st in the nation based on a standard objective measure of scholarly impact. [http://www.leiterrankings.com/faculty/2007faculty_impact.shtml]

The University of Pittsburgh School of Law offers four degrees. The J.D. (Juris Doctor) is the required degree to practice law in most of the United States, thus J.D. students make up most of the school's student body. The following degrees are offered by Pitt Law:
*MSL - Master of Studies in Law (Designed for individuals wanting to expand their knowledge of the law, but not intending to practice law)
*J.D. - Juris Doctor (Primary Law Degree)
*LLM - Master of Laws (International Students)
*J.S.D - Doctor of Judicial Science (A doctoral degree designed for lawyers seeking academic appointments)In addition, the School of Law offers joint degrees with several other programs within the university, and the .
*JD/MPA, Law and Urban and Public Administration (GSPIA)
*JD/MPIA, Law and International Affairs (GSPIA)
*JD/MID, Law and International Development (GSPIA)
*, Law and Business Administration (Katz)
*JD/MPH, Law and Public Health (GSPH)
*JD/MA, Law and Bioethics (GSPH)
*JD/MBA, Law and Business Administration ()
*JD/MS, Law and Public Management, Law and Arts Management ()

Pitt Law is home to several student-edited legal journals, including the Pittsburgh Law Review, which is one of the 40 most-cited law reviews in the country, according to Chicago-Kent Law Review's 1996 Faculty Scholarship Survey [http://lawreview.kentlaw.edu/] . The following journals are all publications of the University of Pittsburgh School of Law.
*
*
*
*
*

* - Pitt Law School is housed in the six-story Barco Law Building on Forbes Avenue, located on the main campus of the .

*Barco Law Library - The Law Library is housed on the third, fourth, and fifth floors of the Barco Law Building. The library has been recentlywhen renovated, and the current collection numbers some 325,000 volumes and volume equivalents and has a seating capacity, in both the individual carrels and in private reading areas, of over 400. In addition, located within several blocks of the Law Building are Hillman Library, , and several special libraries of the University, including the business, medical, and public and international affairs libraries.

*Teplitz Memorial Moot Courtroom - Located on the ground floor, the , named for the late Benjamin H. Teplitz, includes a seven-seat judges' bench, jury and press boxes, counselors' tables, judges' chambers, and a jury room. It is used primarily by trial tactics classes and by the growing number of moot court programs. It is equipped to handle special sessions of the Commonwealth and Federal Appellate Courts and hearings before various administrative tribunals.

* - The tallest academic building in the United States, and the second tallest in the world, the Cathedral of Learning is the centerpiece of the University of Pittsburgh. Before the construction of the Barco Law Building, the law school was located in the Cathedral. Inside the neo-gothic structure is a large foyer condusive to study, and several stories of office buildings and classrooms. It is also home to the Nationality Rooms which celebrates the world's cultures by designing classrooms based on architecture of various regions and cultures around the globe.
*Other design features of the Law Building include a pedestrian bridge connecting the School of Law with Litchfield Towers dormitories, Lawrence Hall, and .

Deans of the Law School