nickname = Nesfe Jahan (Half of the world). 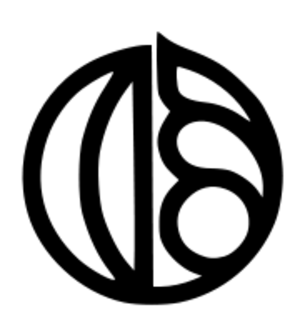 The cities of , Khaneh Esfahan, , , , , and all constitute the metropolitan city of Esfahan. Esfahan is located on the main north-south and east-west routes crossing Iran, and was once one of the largest cities in the world. It flourished from to , particularly in the under the Safavid dynasty, when it became the capital of Persia for the second time in its history. Even today, the city retains much of its past glory. It is famous for its Islamic , with many beautiful boulevards, covered bridges, palaces, mosques, and minarets. This led to the Persian proverb "Esfahān nesf-e jahān ast": "Esfahan is half of the world".

The in Esfahan is one of the biggest city squares in the world and an outstanding example of Iranian and Islamic architecture. It has been designated by as a . The city also has a wide variety of historic monuments ranging from the to the dynasties. Remaining Islamic architectural sites were built from 11th to the 19th century while older pre-Islamic monuments date back to 1000 B.C.

Ancient Esfahan was part of the Elamite empire. Under the name of Aspandana it became one of the principal towns of the Median dynasty, when Iranian Medes settled there. Subsequently the province became part of the and after the liberation of Iran from Macedonian occupation by the Arsacids, it became part of . Esfahan was the centre and capital city of a large province, which was administered by Arsacid governors. In the era, Esfahan was governed by "Espoohrans" or the members of seven noble Iranian families who had important royal positions, and served as the residence of these noble families as well. Moreover, in this period Esfahan was a military centre with strong fortifications. There were large populations of Jews and Christians concentrated around Esfahan at this time. The city was occupied by Arabs after the final defeat of Iranians.

Esfahan fell, temporarily, under the rule of Arabs until the era, only being attended to by . In the 10th century, under the Buwayhid Dynasty, Esfahan regained its importance. In the reign of of the Seljuk dyansty, Esfahan was again selected as capital and commenced another golden age. In this period, Esfahan was one of the most thriving and important cities of the world. The famous Persian lived and taught there in the .

The city was raided and most of its inhabitants were massacred by the Mongols in the 13th century, the raid followed by that of in . However, as the result of its suitable geographic situation, Esfahan flourished again especially during the , which developed considerably.

The Golden Age of Esfahan arrived in the under Shah Abbas the Great (1587-1629), who conquered it and made it the new capital of the dynasty. During the reign of Shah Abbas I, who unified Persia, Esfahan reached its pinnacle. Esfahan had parks, libraries and mosques that amazed Europeans, who had not seen anything like this at home. The Persians called it "Nesf-e-Jahan", half the world; meaning that to see it was to see half the world, and also referring to it as a point where many cultures and nationalities meet and mingled. In its heyday it was also one of the largest with a population of over half a million; 163 mosques, 48 religious schools, 1801 shops and 263 public baths.

In , it was raided by the Afghans after a long siege, which left much of the city in ruins. Although the Afghans were a primary cause of Esfahan's decline, this can also be attributed to the development of maritime commerce by European merchants from such countries such as the . Esfahan's wealth originated in its role as a chief along the trans-Asia trade route (such as the ), but land trade dwindled as the cheaper sea routes increased in popularity for transporting commodities between Asia and .

At Esfahan is converted into (UF6), which in its gaseous form is spun at high speed in the centrifuges to extract the fissile isotope. Esfahan is Iran's only domestic source of UF6. According to IAEA Iran is building hardened bunkers under Esfahan to protect UF6 production. [" [http://www.telegraph.co.uk/news/main.jhtml?xml=/news/2006/01/25/bldiplomatic25.xml Iran - is military action feasible?] " - "", Wednesday 25 January 2006]

The cities of , , , , , , Fouladshahr and Falavarjan all constitute the metropolitan city of Esfahan. The city has an international airport and is in the final stages of constructing its first Metro line.

Over 2000 companies are working in the area using Esfahan's economic, cultural, and social potentials. Esfahan contains a major oil refinery and a large airforce base. HESA, Iran's most advanced aircraft manufacturing plant (where the AN-140 aircraft is made), is located nearby. [ [http://www.hesaco.com/contactus.htm Contact Us] (from the HESA official company website)]

Esfahan hosted the in .

The city is located in the lush plain of the , at the foothills of the mountain range. The city enjoys a temperate climate and regular seasons. No geological obstacles exist within 90 km north of Esfahan, allowing cool northern winds to blow from this direction. Situated at 1590 meters above sea level, Esfahan is still very hot during the summer with maxima typically around convert|36|C|F|0. However, with low humidity and moderate temperatures at night, the climate can be very pleasant. During the winter, days are mild but nights can be very cold and is not unknown. However, on the whole Esfahan's climate is extremely dry. Its annual precipitation of convert|113|mm|in|1 is only about half that of or and only a quarter that of more exposed .

The architecture of Esfahan is made up of eight traditional forms which taken together form the foundation in the same way that music was once based on a finite number of notes. These are modulated by the use of colors and textures to leaven the surfaces and are held together in an overall construction akin to that of a sonata in which connection leads to culmination through a transition space. To appreciate the skill of the architects and designers fully, it is necessary to have an appreciation of these fundamental concepts i.e. garden, platform, porch, gateway, dome, arched chamber, and minaret, although in the geometry and architecture of the buildings they are woven together to present a seamless whole.A full discussion of the underlying principles can be found in the paper entitled "The Alchemy of the Mosque", given to a joint meeting of the School of Architecture and the Islamic Society of the University of Manchester in 1997.

The Bridges of Isfahan

The Zayandeh Rud (river) starts in the Zagros Mountains, flows from west to east through the heart of Isfahan, and dries up in the Kavir desert.

The bridges over the river include some of the nicest architecture in Isfahan. The oldest bridge is the "Pol-e Shahrestan" which was probably built in the 12th century during the Seljuk period. Further upstream is the "Pol-e Khaju" which was built by Shah Abbas II in 1650. It is 123 metres long with 24 arches, and it also serves as a sluice gate.The next bridge is the "Pol-e Jubi". It was originally built as an aqueduct to supply the palace gardens on the north bank of the river. Further upstream again is the Si-o-Seh Pol or bridge of 33 arches. Build during the rule of Shah Abbas the Great, it linked Isfahan with the Armenian suburb of Jolfa. It is by far the longest bridge in Isfahan at 295m.

Esfahan has long been one of the centers for production of the famous . Weaving in Esfahan flourished in the Safavid era. But when the Afghans invaded Iran, ending the Safavid dynasty, the craft also became stagnant.

Not until 1920s, between two , was weaving again taken seriously by the people of Esfahan. They started to weave Safavid designs and once again became one of the most important nexus of the Iranian rug weaving industry. Esfahani carpets today are among the most wanted in world markets, having many customers in western countries.

Esfahani rugs and carpets usually have ivory backgrounds with blue, rose, and indigo motifs. Rugs and carpets often have very symmetrical and balanced designs. They usually have a single medallion that is surrounded with vines and palmettos and are of excellent quality.

Aside from the seminaries and religious schools, the major universities of the Esfahan metropolitan area are: