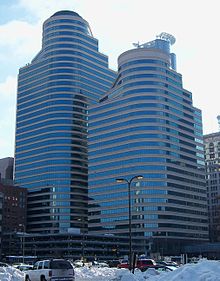 MAIR Holdings, Inc. (NASDAQ: MAIR[1]) was an airline holding company. Later in its life its headquarters were in Fifth Street Towers II in Downtown Minneapolis, Minnesota.[2][3] At an earlier time its headquarters were on the property of Minneapolis-St. Paul International Airport and in Fort Snelling, an unincorporated area in Hennepin County.[4] It was established in 1993 as Mesaba Holdings, Inc., to serve as the company for Mesaba Aviation, Inc., which operated Mesaba Airlines. In 2002, MAIR also acquired Big Sky Transportation, Co., operator of Big Sky Airlines.

Mesaba, which operated as a Northwest Airlink regional airline, filed for Chapter 11 bankruptcy on October 13, 2005, a result of downsizing occasioned by the earlier bankruptcy of Northwest Airlines. As part of the reorganization of both carriers, Northwest acquired Mesaba on April 24, 2007. This left Big Sky as MAIR's only remaining airline.

Following a series of expansion attempts, Big Sky announced plans to cease operations in December 2007. The airline's last flights were on March 8, 2008.[5]