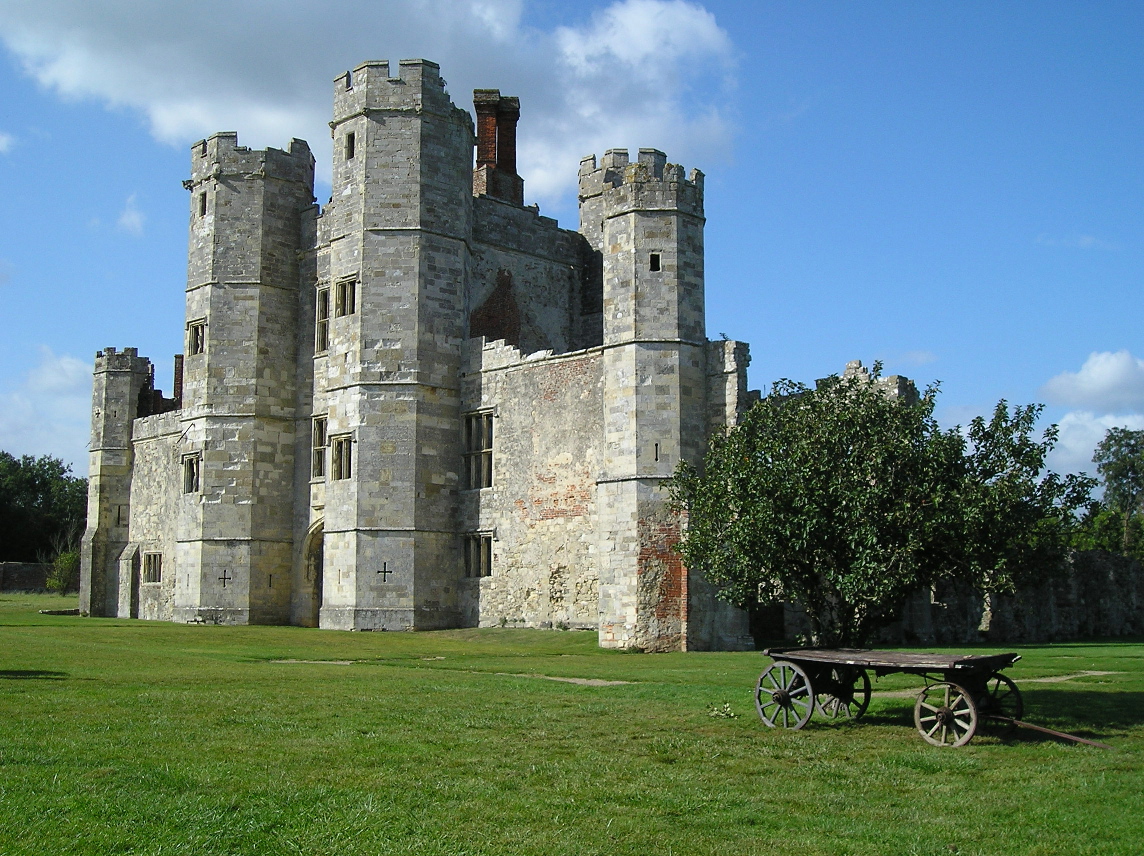 Titchfield Abbey is a and later , located in the village of near in , . The abbey was founded in 1222 for s, an austere order of priests. The abbey was a minor house of its order, and became neither wealthy nor influential during its three centuries of monastic life; the inhabitants were devoted to scholarship, as shown by their very impressive library.

Titchfield was closed in 1537 by Henry VIII of England during the and the building was converted into a mansion by Thomas Wriothesley, a powerful courtier. Later in the sixteenth century the abbey was home to Henry Wriothesley, who was a patron of and had some of his plays performed there in his private theatre. In 1781 the abbey was abandoned and partially demolished to create a romantic ruin. The remains were given to the nation in the twentieth century and are now a under the care of .

The builder of the abbey was Bishop of ,

The first canons, led by abbot Richard, arrived in 1222 from in . Titchfield was to maintain a strong connection with its mother house at Halesowen throughout its existence as a monastery.

Bishop Peter held one of the richest s in the mediaeval church and so was in a position to be generous in the endowment of his new abbey. He not only gave the manor of Titchfield itself but also extensive lands dotted around Hampshire, and this property was expanded by major grants from local aristocrats and King Henry III (who also granted the monastery important legal privileges in 1231), with the result that Titchfield was placed on a firm financial footing from the beginning.

The internal affairs of the abbey seem to have been largely quiet. It was generally well run over its history and maintained a good reputation for the life led by its canons. The abbey remained tolerably solvent for most of its existence, however, in common with many religious houses and secular lords it experienced severe financial difficulties in the latter half of the 14th century and the early 15th century due to the economic and social crisis resulting from the effects of the .

The abbey buildings were centred around the church, which was comparatively small and lacking in grandeur. It was in plan with a narrow, aisless , a short eastern arm, six side chapels in the s and a tower with bells. It was in some ways a rather old fashioned design and deliberately austere, perhaps reflecting the strict doctrines of the order at the period of construction. Though it was restored once after nearly falling to ruin, unlike many of their fellows the canons of Titchfield never succumbed to the desire to create an elaborate new church in the later and kept their original building until the end of monastic life at the abbey.

Next to the church stood a surrounded on three sides by the domestic buildings of the house, including the , , kitchen, , library, food storage rooms and quarters for the abbot. Though not large, the surviving ruins show that the abbey buildings were of very high quality with fine masonry and carving. As the Middle Ages progressed considerable investment was made to upgrade the domestic buildings to meet rising living standards, and it is probable that by the mid fourteenth century they were rather luxurious, as evidenced by the elaborate floor tiles (an expensive and high status product) still seen today all over the site. [http://www.english-heritage.org.uk/server/show/nav.18560 Accessed 9th July 2008]

The central core of the monastery was surrounded by a walled precinct containing gardens, fishponds (several of which still survive close to the abbey buildings), [www.fareham.gov.uk/council/departments/planning/character/031-02Titchfieldabbey.pdf Accessed 9th July 2008] orchards, barns, guesthouses, stables, a farmyard and industrial buildings. Entrance to the abbey was strictly controlled by several gatehouses.

The Premonstratensians placed great emphasis on scholarship and the canons of Titchfield possessed a very impressive library, the catalogue for which survives. There were 224 volumes, each containing a number of different works bound together, as was common in the period, and some must have been very large to contain all the works recorded for them. The books were systematically organised by subject, shelf and location in the library room (probably the chamber between the chapter house and the church as this was the traditional location). There were books in , English and French covering , , writings of the , , , , , , , romances and records of the abbey. The canons also had another collection of more than 100 books used for services that they kept in the church. A library on this scale was huge for the period and is surprising for a minor house like Titchfield. It compares closely, for instance, with the holdings of the great royal foundation of which had 228 volumes.

Henry VIII dissolved the abbey in 1537. In 1535 the abbey's income was assessed in the , Henry VIII's great survey of church finances, at £280 gross, £249 net, so it avoided being destroyed in the first round of suppressions in 1536. However, several important courtiers, especially Thomas Wriothesley, desired to seize the abbey for themselves and put great pressure on the abbot, John Salisbury, to surrender on terms before he was made to by force. Abbot John bribed Wriothesley heavily to hold off, but when it was obvious to them that their abbey was doomed he and his canons took steps to secure their personal future by realising the assets for cash, including selling off the abbey's livestock, treasures and church plate. Titchfield finally fell in December 1537. The abbot proved a tough negotiator in the surrender, securing 100 marks a year as a pension for himself and comfortable incomes for his eight canons and three novices. Despite this, Abbot John remained in government favour, being made Dean of in 1539,

Wriothesley won the battle to gain control of Titchfield and turned it into a mansion for himself, known as Place House. Unlike his similar project at , which he had also been granted by King Henry, Wriothesley chose to convert the main abbey buildings, including the church, into his house. It was an imaginative scheme: he constructed a spectacular gatehouse with four octagonal turrets which was forced through the middle of the nave to provide the appropriate seigneurial emphasis needed for a classic Tudor courtyard house.

The abbey's location near and made it a convenient stopping place for journeys from to continental . The marriage of Henry VI to was celebrated there in 1445. [www.fareham.gov.uk/council/departments/planning/character/031-02Titchfieldabbey.pdf Accessed 9th July 2008] Other royal visitors included Henry VIII, Edward VI, Elizabeth I, [http://www.english-heritage.org.uk/server/show/nav.18558 Accessed 10th July 2008] and Charles I, who was chased there by forces in 1647 towards the end of the . [www.fareham.gov.uk/council/departments/planning/character/031-02Titchfieldabbey.pdf Accessed 9th July 2008] was a close friend of Henry Wriothesley, the 3rd Earl, and probably visited the abbey. It is believed that that some of his plays were first performed at Titchfield Abbey. [http://www.english-heritage.org.uk/server/show/nav.18558 Accessed 10th July 2008]

Wriothesley's heirs, including the and the lived at Place House until 1742, [www.fareham.gov.uk/council/departments/planning/character/031-02Titchfieldabbey.pdf Accessed 9th July 2008] at which point the estate was sold the Delme family. [www.fareham.gov.uk/council/departments/planning/character/031-02Titchfieldabbey.pdf Accessed 9th July 2008] They lived there for another forty years until, in 1781, a decision was made to abandon the mansion and deliberately demolish much of it to create a romantic ruin. When this happened local people took stone from the abbey for their homes; evidence can be seen in walls and foundations of older houses in Titchfield village. Much, though, is inside the buildings; in The Bugle Hotel in , for example, one can see a big fireplace that was salvaged from the ruins. [http://www.thebuglehotel.co.uk/history.htm Accessed 10th July 2008]

Though a great deal has been destroyed, there are still major remains of the abbey and Place House to be seen. The nave of the church still stands to full height and with it Wriothesley's gatehouse. Fragments of the cloister buildings survive, including the entrance arches to the chapter house and library in the east range. Large areas of the late mediaeval tile floors are preserved. The abbey has been the setting for concerts, including folk and s and open-air and is now under the care of . It is open to the public.