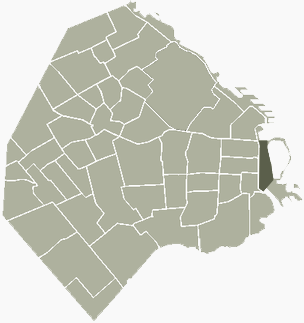 Puerto Madero, also known within the community as the Puerto Madero Waterfront, is a district of the Argentine capital, , occupying a significant portion of the riverbank and representing the latest architectural trends in the city of Buenos Aires.

From its foundation the city of had had problems as the great ships could unload what they transported to its borders. The little depth of the river did that the ships could not approach the coast too much, having to remain far from there and to unload its passengers and merchandises in great carts or boats.

In the national government contracted the businessman Eduardo Madero to be in charge of the construction of a new which would solve these disadvantages. The project of Madero was chosen from between many others, standing out between the rejected ones, the proposal of Huergo Engineer, perhaps the most adapted for the in that period.

Nevertheless the country wished to show a modernity image, and the project of Madero, with docks, excluses and swinging bridges, certainly obtained this objective.

The construction began in 1887 and finalized completely in , although the installed fittings were partially operative since some years before. Important amounts of money were spent in this construction, and it was a ingenieril landmark of the time. Ten years after finished, and due to the increase of the large of the ships, Puerto Madero was totally obsolete.

The government had then to face the construction of a new port, this time following the ideas of Huergo of a port of teeth shape docks which would be open directly to the river; the result is now known like "Puerto Nuevo" (New Port), still perfectly operative after almost a century of life.

Once obsolete Puerto Madero, the zone in which it was, entered a decay of , becoming one of most the degraded zones of the city, mixture of deposit with gigantic uncultivated land. In 1925, 1940, 1960, 1969, 1971, 1981 and 1985 successive proposals appeared trying to urbanize the old port, or directly to demolish it and to construct on it, but no one was to be made.

On November 15th, , the Ministerio de Obras y Servicios Públicos (Works and Public Services Ministry, the Department of the Interior and the Muncipalidad of the City of Buenos Aires signed the act of constitution of a joint-stock company denominated "Corporación Antiguo Puerto Madero" (“Old Puerto Madero Corporation”. Having as objective the of the area, the governments of the Nation and the city participated like egalitarian partners.

The 170 hectares of the place had superposed jurisdictions: the General Administration of Ports, Argentine railroads and the "Junta Nacional de Granos" (National Grain Meeting) had interests in the zone. The signed agreement implied the transference of the totality of the hectares to the Old Corporation Puerto Madero S.A., whereas the government of the city were in charge of the regulation of the norms of urban development.

In the , local and foreign investment lead in a massive regeneration effort, recycling and refurbishing the west side warehouses into elegant houses, offices, , private universities, luxurious hotels and restaurants that conform to a gallery of options for this new district in a city that grew up turning its back to the river.State-of-the-art multiplex cinemas, theatres, cultural centres, luxurious hotels and office and corporate buildings are located mostly in the east side. Puerto Madero breathes international flair, one of the new trendy barrios of Buenos Aires, it has become habitat of young professionals and there is an increasing interest as a destination for foreign buyers, particularly those with high income who are looking for premium properties

The neighborhood's road network has been entirely rebuilt, especially in the east side. The layout of the east side consists currently of three wide boulevards running east-west crossed by the east side's main street, Juana Manso Avenue. The layout is completed with some other avenues and minor streets, running both east-west and north-south, and by several pedestrianised streets.

Puerto Madero represents the largest wide-scale urban project for the city of Buenos Aires that has undergone an impressive revival in a few short years, and is one of the most successful waterfront renewal projects around the world. [Ann Breen and Dick Rigby, "The New Waterfront: A Worldwide Urban Success Story" – McGraw-Hill Professional]

Numerous new residential high-rises of up to 50 stories have been built facing the since . These include El Mirador of Puerto Madero Towers, , El Faro Towers, and Mulieris Towers amongst others. Many other high-rises that have recently been inaugurated include the Le Parc Tower and Hilton and River View Towers. Office and hotel high-rises are also being built such as the Repsol YPF Headquarters and the Conrad Buenos Aires Hotel & Resort, whose construction is slated to begin at the end of 2008 and completion scheduled for late 2010.. [ [http://phx.corporate-ir.net/phoenix.zhtml?c=88577&p=irol-newsArticle_Print&ID=1021357&highlight= Conrad Buenos Aires to debut in popular Puerto Madero area] Retrieved on 2008-01-08]

The recently inaugurated 2 kilometre modern Puerto Madero way () line serves the area, it runs alongside the west side's of Alicia Moreau de Justo Avenue. However, the neighborhood is still not well-connected to the city's transit network. Few bus routes run through Puerto Madero, no subway line reaches it and currently there are no official plans to extend the subway network to the neighborhood in spite the fact that further extensions of the tramway are planned that will link the Retiro and Constitución terminal train stations. [cite web | author=Rossi, Antonio| year=2007| title=Proyectan Tranvía de Retiro a Constitución | work= | url=http://www.clarin.com/diario/2007/07/13/laciudad/h-04015.htm | accessdate=2007-07-13 es icon]

An expressway connecting the north and the south of the city through Puerto Madero has long been in the planning stage. Several alternatives have been considered, including elevated, groundlevel, underground, and even an underwater proposal by private developer Julio Torcello, which would have run under the four docks this last proposal was dismissed as impossible to build. [cite web | author=Baccaro, Diana / Brunstein, Carolina| year=1999| title=Polémica por la futura autopista ribereña | work=Clarín | url=http://www.clarin.com/diario/1999/05/13/e-03601d.htm | accessdate=2008-01-08 es icon] [cite web | year=1997| title=Estudian hacer una autopista subterránea en Puerto Madero | work=Clarín | url=http://www.clarin.com/diario/1997/08/29/e-04101d.htm | accessdate=2008-01-08 es icon] All proposals have been criticised: the elevated and ground level options because they would constitute a barrier between Puerto Madero and the rest of the city, and the underground scheme because of the cost and the negative impact during construction. Placing the expressway between Puerto Madero and the has also been considered, but has been strongly opposed by environmentalists, furthermore, any proposal would ruin the city's character by adding even more traffic than it already has and put it in real jeopardy. 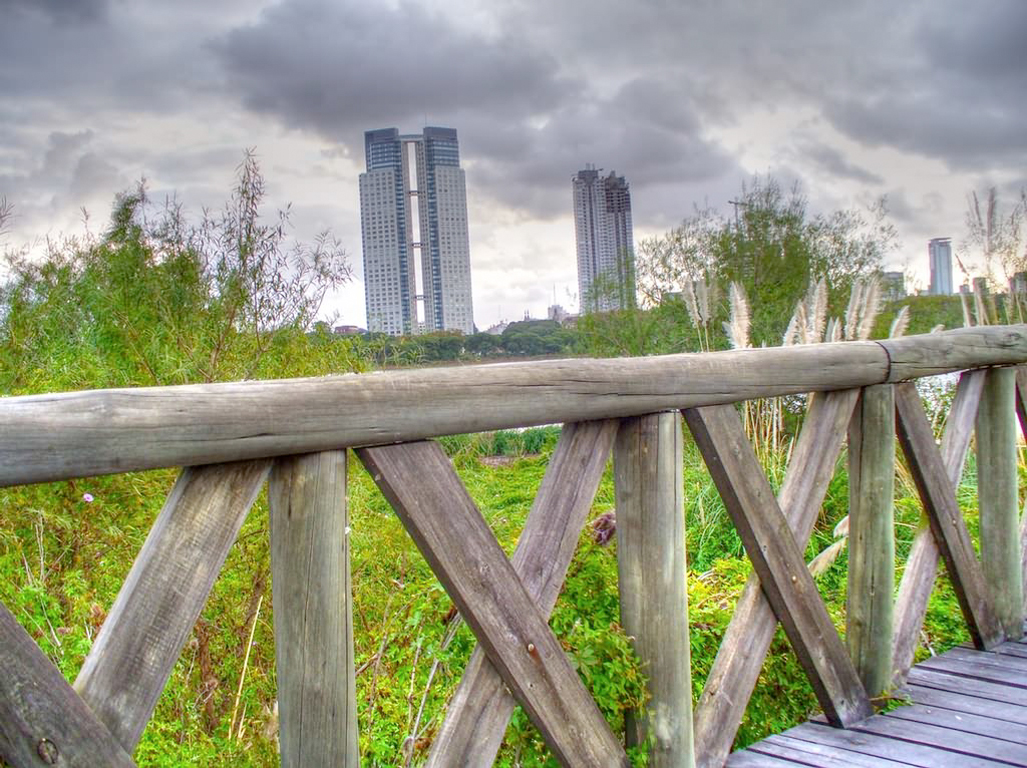