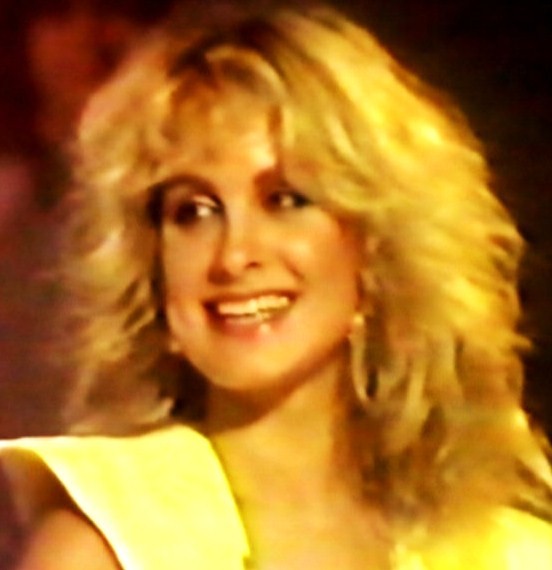 Jay Aston (born , ) is a singer who was formerly with the British pop group, Bucks Fizz. She was the youngest member of the group's original line-up.

Aston came from a theatrical family. Her father was a comedian, her mother a former dancer before she became her husband's straight man. They also performed as . Her brother, Lance, had performed at the in 1980 with the band Prima Donna.

Aston herself trained as a dancer, singer and actress at the Italia Conti School of Speech and Drama and performed on stage many times in her teens mainly as a dancer.

Aston was one of the four original members of Bucks Fizz when they were formed in 1981 to compete in the that year. They won with "" and the song went to No.1 in many countries, including the United Kingdom.

In 1984, while on tour, Bucks Fizz were involved in a road accident in which Aston, along with the other members of the group were injured. By this time, tensions within the group had risen to the point that Aston was eager to leave, but was still under contract. However, the following year, she left the group in acrimonious circumstances. Aston became the subject of many newspaper headlines on her sudden departure where it emerged that she had been having an affair with the group's producer, , who was also the husband of Bucks Fizz creator, Nichola Martin. The group's management company took Aston to court and successfully sued her under the terms of her contract. The case took two years to settle and left Aston on the brink of financial ruin and unable to pursue a solo career.

Close to bankruptcy, Aston rebuilt her life living in a small bedsit in . Her brother had married star who encouraged her to begin a solo career. In 1993 Aston released a single "Naked Phoenix" and recorded an album of songs. Not long after this, she met and began dating her future husband, guitarist Dave Colquhoun, and they had a daughter. In 2001 she set up a performing arts school in her name, "The Jay Aston Theatre Arts School", teaching children aged 2- 17. [ [http://www.jayastonschool.co.uk/ www.jayastonschool.co.uk ] ] The school still runs today.

During the latter part of the 1990s and early 2000s, Aston toured with her band "Aston", performing rock and pop tracks, many of which she wrote herself. In 2002 she was involved in a called "Monster Boogie", and she also appeared in an episode of as one of the mystery guests in the "Identity Parade" round in the show. In 2003 Aston released an album, "Alive And Well" with thirteen tracks all of which she co-wrote with her husband.

During 2005, the glory years of Bucks Fizz, mainly focussing on Aston, were portrayed in a drag show, "Night Of A Thousand Jay Astons" at the Edinburgh Festival Fringe after its debut in . Aston was played by one female and three male performers.

Another solo album, "Lamb or Lizard" was released in July 2006 through her website, which featured recordings from before and after her work with Bucks Fizz.

In March 2007, she appeared in the Comic Relief video "" a comic cover version of song, dancing with the fellow original members of Bucks Fizz. [ [http://news.bbc.co.uk/1/hi/entertainment/6618443.stm BBC NEWS | Entertainment | Eurovision Talking Shop: Bucks Fizz ] ] This was the first time Aston had met with the group since 1985. As Aston said, relations between them had improved, but not the extent that could work together as a group again. "I’m kind of on good terms with all of them individually. But as a band, it just doesn’t work, and it’s a shame, but it doesn’t. There’s always been two camps – Cheryl’s camp and Bobby’s camp, and I was the one in Bobby’s camp, and Mike was always in Cheryl’s camp." [ [http://www.denofgeek.com/misc/15825/jay_aston_of_bucks_fizz_interview.html Denofgeek - Jay Aston interview, March 2008] ]

A new Bucks Fizz with a bonus , "" was released in May 2007. Aston appeared alone on the to promote the album.

In August 2008, Aston once again joined up with Bucks Fizz members Mike Nolan and when she appeared on a television show celebrating 1980s acts - with one episode devoted to the re-uniting of Bucks Fizz. This show is scheduled to be shown on early in 2009.

Before Bucks Fizz, Aston had ambitions to become an actress, but her career in this field encompassed only minor roles in "" and "". In 2008 Aston was cast as Claudia Brite in the "" which was filmed in August 2008 and is due to be screened in 2009.