Spain in the Eurovision Song Contest

Spain in the Eurovision Song Contest 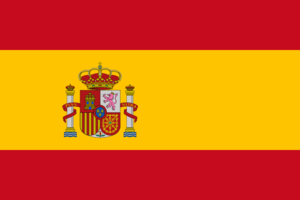 Spain debuted in the Eurovision Song Contest in , finishing 9th. Since 1999, Spain is one of the "Big Four" (along with France, Germany and the United Kingdom), and therefore automatically allowed to participate in the final because they are the four biggest financial contributors to the .

Spain was represented in the 50th anniversary special of Eurovision "Congratulations" by their 1973 entrants , singing the song "Eres Tu". The song had made it into the top 14 for the special after being selected in an online vote by the voting public across Europe.

Until 1999, Spain's entries were selected internally by TVE, with some notable exceptions like the national preselection "Pasaporte a Dublín" in 1971. In 2000 and 2001, TVE organized a national preselection called "Eurocanción" where the Spanish representative was selected for the contest. From 2002 to 2004, the reality show was used to select the entry, until TVE decided not to host any further editions of the show. In 2005, a sort of national final was used, where the public chose their favorite song among a pre-selection made by TVE of unknown artists submitted to them by the record labels. The results were not good and by 2006 they returned to select the entry internally, with the same results. In 2007, Spain's entry was decided through the show, with same result.

In 2008, TVE decided to select the Spanish entry through Salvemos Eurovisión ("Let`s save Eurovision"). The was involved in this process, as a webpage was created to make it possible for anyone to upload a song and proceed to a televised final if chosen by online voters or an expert jury. The result improved a little, but not much.