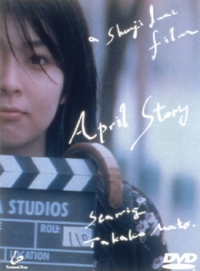 Uzuki Nireno bids goodbye to her family in - in the very north of Japan - and climbs on a train bound for to attend the university of her choice. She deals with her new situation with poise and strength. She flirts with the movers, sets up her apartment, buys a new bicycle and admires her view of the cherry blossom-filled yard. Uzuki approaches her suspicious neighbour and ultimately befriends her. She is shy at school, not responding to the jocular teasing of the boys in front of her. She is particularly embarrassed when a teacher asks her to explain why she chose this university. A mystery for most of the film, she gets close to a slack-jawed tomboy and joins the fly-fishing club, the mystery unravels.