Live at the London Palladium

Live at the London Palladium 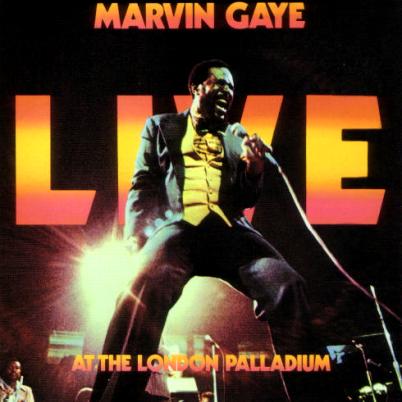 
"Live at the London Palladium" is a live by soul musician , released , on .

"Live at the London Palladium" received a surprising and significant amount of critical recognition for a live album following its initial release. Critical reviews of the album were positive compared to the mild receptiveness Gaye's previous studio album "I Want You" received. As Gaye's most successful live release, the album also became one of his most commercially successful albums during his tenure at Motown's Tamla label, as well as a hit. Following , "Live at the London Palladium" was d on , by Motown on .

In October of 1976, during a very dizzying, topsy-turvy and bizarre period in his life, Marvin Gaye had begun re-cooperating from personal issues.

"Live at the London Palladium" was recorded during several live shows performed by Gaye in England's capital city, . The performances were on rave reviews by the British in London, the first of which took place on , , and continued throughout the rest of that month.

Though he wasn't over his stage fright and often mumbled inconstiences onstage, when singing, the 37-year-old Gaye still could dazzle an audience with his charm, wit and show-stopping talent as was heard on the album.

Featuring a variety of songs from newer material encompassing from Gaye's 1976 album, "I Want You", to older songs (featured in three segues of medleys) from his early-to-mid 1960s heyday to his famed "" period in 1970-1971, his legendary duets and a trio of songs from his "Let's Get It On" album, Gaye performed for the British audience. Highlights include the performances of "", "Let's Get It On" (on which Gaye moaned during a break of the song to the delight of several female fans who were heard squealing, as heard on the album) and "".

"Live at the London Palladium"'s three epic melodies, which all exceeded nine minutes, featured Gaye's intimate interactions with the audience and reflections on his songs.

After the concert was over following Gaye saying "Thank you!" over and over almost in sing-song medley as the band opened and closed with the intro to "I Want You", Gaye launches into the studio effort, his one attempt at making a convincing record, the track, "". Recorded at Marvin's Los Angeles studio, Marvin's Room, the singer vocalized a song where the author is longing to get out of his shy cover and get on the dance floor with reckless abandon.

"Got to Give It Up", which became a #1 hit on the Billboard pop and R&B/Soul singles chart, as well as a #1 hit on the Hot Dance/Disco chart, later influenced songs composed and performed by .

In late 1977, "Live at the London Palladioum" remained in the top 10 for thirteen weeks and went on to sell two million copies becoming one of the top ten best-selling albums of that year in America.