The history of the Russian Orthodox Church begins with the Baptism of Rus' at Kiev the date of which is commonly given as 988; however, the evidence surrounding this event is contested (see Christianisation of Kievan Rus'). In 1316 the Metropolitan of Kiev changed his see to the city of Vladimir, and in 1322 moved again to Moscow. In 1589, the see was elevated to a Patriarchate. The Patriarchate was abolished by Peter the Great in 1721 and replaced by the Most Holy Governing Synod, and the Bishop of Moscow came to be called a Metropolitan again. The Patriarchate was restored in 1917 and suspended by the Soviet authorities in 1925. It was reinstituted for the last time in 1943 during WWII by the initiative of Soviet leader Joseph Stalin. 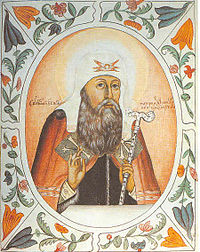 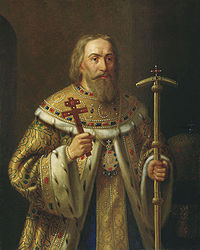 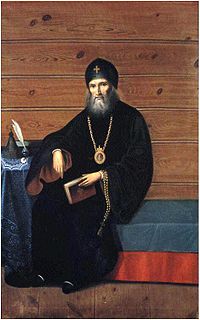 Metropolitan Filaret, pictured in his cell, 1850.

Patriarchs of Moscow and all Russia (Restored, 1917-Present) 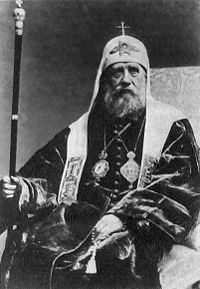