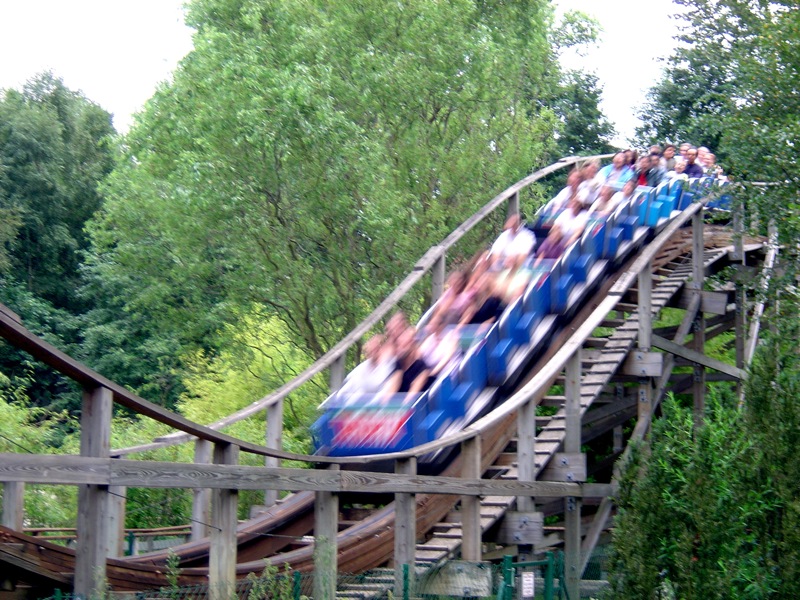 Tonnerre de Zeus is a at in Plailly, . Opened in and built by , it is the 3rd longest wooden coaster in after and , with a track length of 1230m (4044 feet). It is also considered one of the top roller coasters in Europe, even in the World (the only 3-time number 1 spot best wooden coaster poll) The coaster has a 30m (98-foot) tall , a first drop into a tunnel, and two helices.

"Tonnerre de Zeus" is French for " of ." In , Zeus was regarded as the king of gods. He also is often associated as being a god, hurling a at those who displeased him.

A large statue of Zeus, complete with modern-style underwear, is featured close by. It straddles both sides of the queue which means patrons can look directly up at Zeus' underwear.