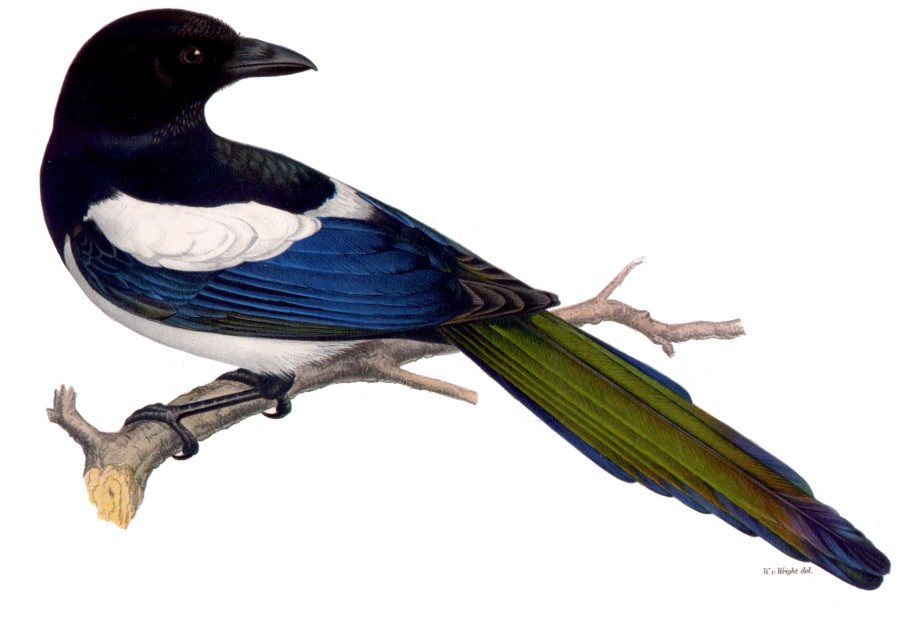 "Pica" is the of three of s in the family in both the and the old. They have long tails and have predominantly black and white markings. One species ranges widely from through , one occurs all over and the third is restricted to . They are usually considered closely related to the blue and green of Asia, but recent research (Ericson "et al.", 2005) suggests their closest relatives are instead the n s.

Two or three species were generally recognized, the Yellow-billed and one or two black-billed ones. Recent research has cast doubt on the taxonomy of the "Pica" magpies (Lee "et al.", 2003). "P. hudsonia" and "P. nuttalli" are each other's closest relatives, but may not be different species. If they are, however, at least the n race of "P. pica" would have to be considered a separate species, too.

A prehistoric species of "Pica", "Pica mourerae", is known from s found in - boundary strata on .