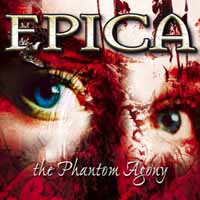 
"The Phantom Agony" is the debut single of Dutch band Epica.