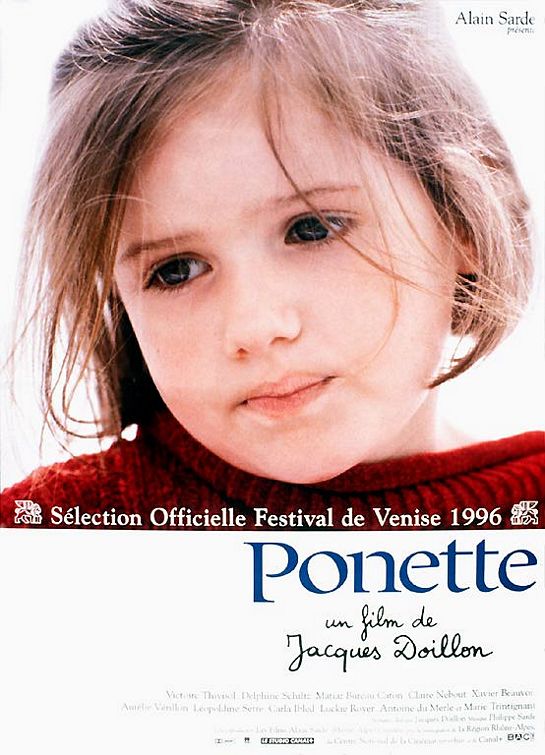 "Ponette" is a 1996 French film directed by . The film centers on four-year-old Ponette (), who is coming to terms with the death of her mother. The film received acclaim for Thivisol's performance, who was only four at the time of filming.

Ponette's mother dies in a car crash, which Ponette herself survives with only a broken arm (she consequently is forced to wear an arm cast). After her mother's death, her father (Xavier Beauvois) leaves Ponette with her Aunt Claire (Claire Nebout), and her cousins Matiaz (Matiaz Bureau Caton) and Delphine (Delphine Schiltz). Ponette becomes increasingly withdrawn, and spends most of her time waiting for her mother to come back. When waiting alone fails, Ponette enlists the help of her school friend Ada (Léopoldine Serre) to help her become a "child of God" to hopefully convince God to return her mother.