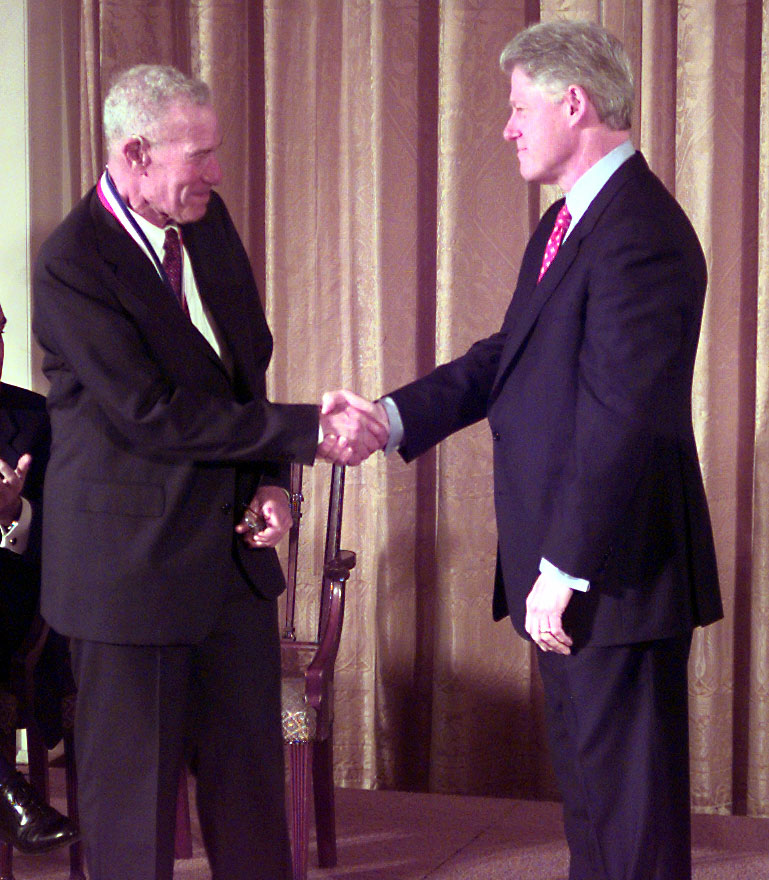 Robert Solow was born in , New York in a Jewish family on August 23, 1924, the oldest of three children. He was well educated in the neighborhood public schools of New York City and excelled academically early in life. In September 1940, Solow went to the with a scholarship. At Harvard, his first studies were in sociology and anthropology as well as elementary economics.

By the end of 1942, Solow left the university and joined the U.S. Army. He served briefly in North Africa and Sicily, and later served in Italy during World War II until he was discharged in August 1945. He returned to Harvard in 1945, and studied under . As his research assistant he produced the first set of capital-coefficients for the input-output model. Then he became interested in statistics and probability models. From 1949-50, he spent a fellowship year at to study statistics more intensively. During that year he was also working on his Ph.D. thesis, an exploratory attempt to model changes in the size distribution of wage income using interacting es for employment-unemployment and wage rates.

In 1949, just before going off to Columbia he was offered and accepted an Assistant Professorship in the Economics Department at Massachusetts Institute of Technology. At M.I.T. he taught courses in statistics and econometrics. Solow’s interest gradually changed to Macroeconomics. For almost 40 years, Solow and worked together on many landmark theories: (1953), (1956), (1958) and the (1960).

Solow also held several government positions, including senior economist for the Council of Economic Advisers (1961–62) and member of the President’s Commission on Income Maintenance (1968–70). His studies focused mainly in the fields of employment and growth policies, and the theory of capital.

In 1961 he won the American Economic Association's John Bates Clark Award, given to the best economist under age forty. In 1979 he was president of that association.

In 1987, Robert Solow won the for his analysis of economic growth.

He is a trustee of the Economists for Peace and Security.

Solow's model of , often known as the Solow-Swan neo-classical growth model as the model was independently discovered by Trevor W. Swan and published in "The Economic Record" in 1956, allows the determinants of economic growth to be separated out into increases in inputs (labour and capital) and technical progress. Using his model, Solow calculated that about four-fifths of the growth in US output per worker was attributable to technical progress.

Solow also was the first to develop a growth model with different vintages of capital.

Solow currently is an emeritus in the economics department, and previously taught at .

*"Everything reminds of the money supply. Everything reminds me of sex, but I try to keep it out of my papers."
*"You can see the computer age everywhere but in the productivity statistics."
*"Over the long term, places with strong, distinctive identities are more likely to prosper than places without them. Every place must identify its strongest most distinctive features and develop them or run the risk of being all things to all persons and nothing special to any...Livability is not a middle-class luxury. It is an economic imperative."
*"If it is very easy to substitute other factors for natural resources, then there is, in principle, no problem. The world can, in effect, get along without natural resources."
*"There is no evidence that God ever intended the United States of America to have a higher per capita income than the rest of the world for eternity." [http://www.tnr.com/toc/story.html?id=5adeed59-4ca0-443a-bc34-828405d7a5f9&p=8]