/ˈɒlɪvər ˈhɛvisaɪd/ (18 May 1850 – 3 February 1925) was a self-taught English electrical engineer, mathematician, and physicist who adapted complex numbers to the study of electrical circuits, invented mathematical techniques to the solution of differential equations (later found to be equivalent to Laplace transforms), reformulated Maxwell's field equations in terms of electric and magnetic forces and energy flux, and independently co-formulated vector analysis. Although at odds with the scientific establishment for most of his life, Heaviside changed the face of mathematics and science for years to come.

Heaviside was born at 55 Kings Street[1] (now Plender Street) in London's Camden Town. He was short and red-headed, and suffered from scarlet fever when young, which left him with a hearing impairment. He was a good student (e.g. placed fifth out of five hundred students in 1865). Heaviside's uncle Sir Charles Wheatstone (1802–1875) was the original co-inventor of the telegraph in the mid 1830s, and was an internationally celebrated expert in telegraphy and electromagnetism. Wheatstone was married to Heaviside's aunt in London and took a strong interest in his nephew's education.[2]

Heaviside left school at age 16 to study at home in the subjects of telegraphy and electromagnetism. He continued fulltime study at home until age 18. Then – in the only paid employment he ever had[2] – he took a job as a telegraph operator with the Great Northern Telegraph Company working first in Denmark and then in Newcastle-upon-Tyne, and was soon made a chief operator. It is likely that his uncle Sir Charles was instrumental in getting Heaviside the telegraph operator position.[3] Heaviside continued to study while working, and at age 21 and 22 he published some research related to electric circuits and telegraphy. In 1874 at age 24 he quit his job and returned to studying fulltime on his own at his parents' home in London. He remained single throughout his life.

Doing fulltime research from home, he helped develop transmission line theory (also known as the "telegrapher's equations"). Heaviside showed mathematically that uniformly distributed inductance in a telegraph line would diminish both attenuation and distortion, and that, if the inductance were great enough and the insulation resistance not too high, the circuit would be distortionless while currents of all frequencies would have equal speeds of propagation. Heaviside's equations helped further the implementation of the telegraph.

In 1880, Heaviside researched the skin effect in telegraph transmission lines. That same year he patented, in England, the coaxial cable. In 1884 he recast Maxwell's mathematical analysis from its original cumbersome form (they had already been recast as quaternions) to its modern vector terminology, thereby reducing twelve of the original twenty equations in twenty unknowns down to the four differential equations in two unknowns we now know as Maxwell's equations. The four re-formulated Maxwell's equations describe the nature of static and moving electric charges and magnetic dipoles, and the relationship between the two, namely electromagnetic induction.

Between 1880 and 1887, Heaviside developed the operational calculus (involving the D notation for the differential operator, which he is credited with creating), a method of solving differential equations by transforming them into ordinary algebraic equations which caused a great deal of controversy when first introduced, owing to the lack of rigour in his derivation of it. He famously said, "Mathematics is an experimental science, and definitions do not come first, but later on." He was replying to criticism over his use of operators that were not clearly defined. On another occasion he stated somewhat more defensively, "I do not refuse my dinner simply because I do not understand the process of digestion."

In 1887, Heaviside proposed that induction coils (inductors) should be added to telephone and telegraph lines to increase their self-induction and correct the distortion which they suffered. For political reasons, this was not done. The importance of Heaviside's work remained undiscovered for some time after publication in The Electrician, and so its rights lay in the public domain. AT&T later employed one of its own scientists, George A. Campbell, and an external investigator Michael I. Pupin to determine whether Heaviside's work was incomplete or incorrect. Campbell and Pupin extended Heaviside's work, and AT&T filed for patents covering not only their research, but also the technical method of constructing the coils previously invented by Heaviside. AT&T later offered Heaviside money in exchange for his rights; it is possible that the Bell engineers' respect for Heaviside influenced this offer. However, Heaviside refused the offer, declining to accept any money unless the company were to give him full recognition. Heaviside was chronically poor, making his refusal of the offer even more striking.[5]

In two papers of 1888 and 1889, Heaviside calculated the deformations of electric and magnetic fields surrounding a moving charge, as well as the effects of it entering a denser medium. This included a prediction of what is now known as Cherenkov radiation, and inspired his friend George FitzGerald to suggest what now is known as the Lorentz-Fitzgerald contraction.

In the late 1880s and early 1890s, Heaviside worked on the concept of electromagnetic mass. Heaviside treated this as material mass, capable of producing the same effects. Wilhelm Wien later verified Heaviside's expression (for low velocities).

In 1891 the British Royal Society recognized Heaviside's contributions to the mathematical description of electromagnetic phenomena by naming him a Fellow of the Royal Society, and the following year devoting more than fifty pages of the Philosophical Transactions of the Society to his vector methods and electromagnetic theory. In 1905 Heaviside was given an honorary doctorate by the University of Göttingen. 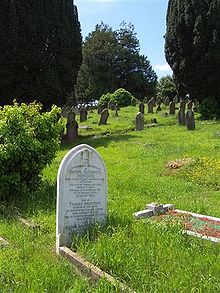 In 1902, Heaviside proposed the existence of the Kennelly-Heaviside Layer of the ionosphere which bears his name. Heaviside's proposal included means by which radio signals are transmitted around the Earth's curvature. The existence of the ionosphere was confirmed in 1923. The predictions by Heaviside, combined with Planck's radiation theory, probably discouraged further attempts to detect radio waves from the Sun and other astronomical objects. For whatever reason, there seem to have been no attempts for 30 years, until Jansky's development of radio astronomy in 1932.

In later years his behavior became quite eccentric. Though he had been an active cyclist in his youth, his health seriously declined in his sixth decade. During this time Heaviside would sign letters with the initials "W.O.R.M." after his name. Heaviside also reportedly started painting his fingernails pink and had granite blocks moved into his house for furniture.[6] In 1922, he became the first recipient of the Faraday Medal, which was established that year.

Heaviside died at Torquay in Devon, and is buried in Paignton cemetery. Most of his recognition was gained posthumously.

Heaviside did much to develop and advocate vector methods and the vector calculus. Maxwell's formulation of electromagnetism consisted of 20 equations in 20 variables. Heaviside employed the curl and divergence operators of the vector calculus to reformulate 12 of these 20 equations into four equations in four variables (B, E, J, and ρ), the form by which they have been known ever since (see Maxwell's equations). He invented the Heaviside step function and employed it to model the current in an electric circuit. He invented the operator method for solving linear differential equations, which resembles current Laplace transform methods (see inverse Laplace transform, also known as the "Bromwich integral"). The UK mathematician Thomas John I'Anson Bromwich later devised a rigorous mathematical justification for Heaviside's operator method.

Heaviside advanced the idea that the Earth's uppermost atmosphere contained an ionized layer known as the ionosphere; in this regard, he predicted the existence of what later was dubbed the Kennelly-Heaviside Layer. He developed the transmission line theory (also known as the "telegrapher's equations"). He also independently co-discovered the Poynting vector.

Heaviside coined the following terms of art in electromagnetic theory: