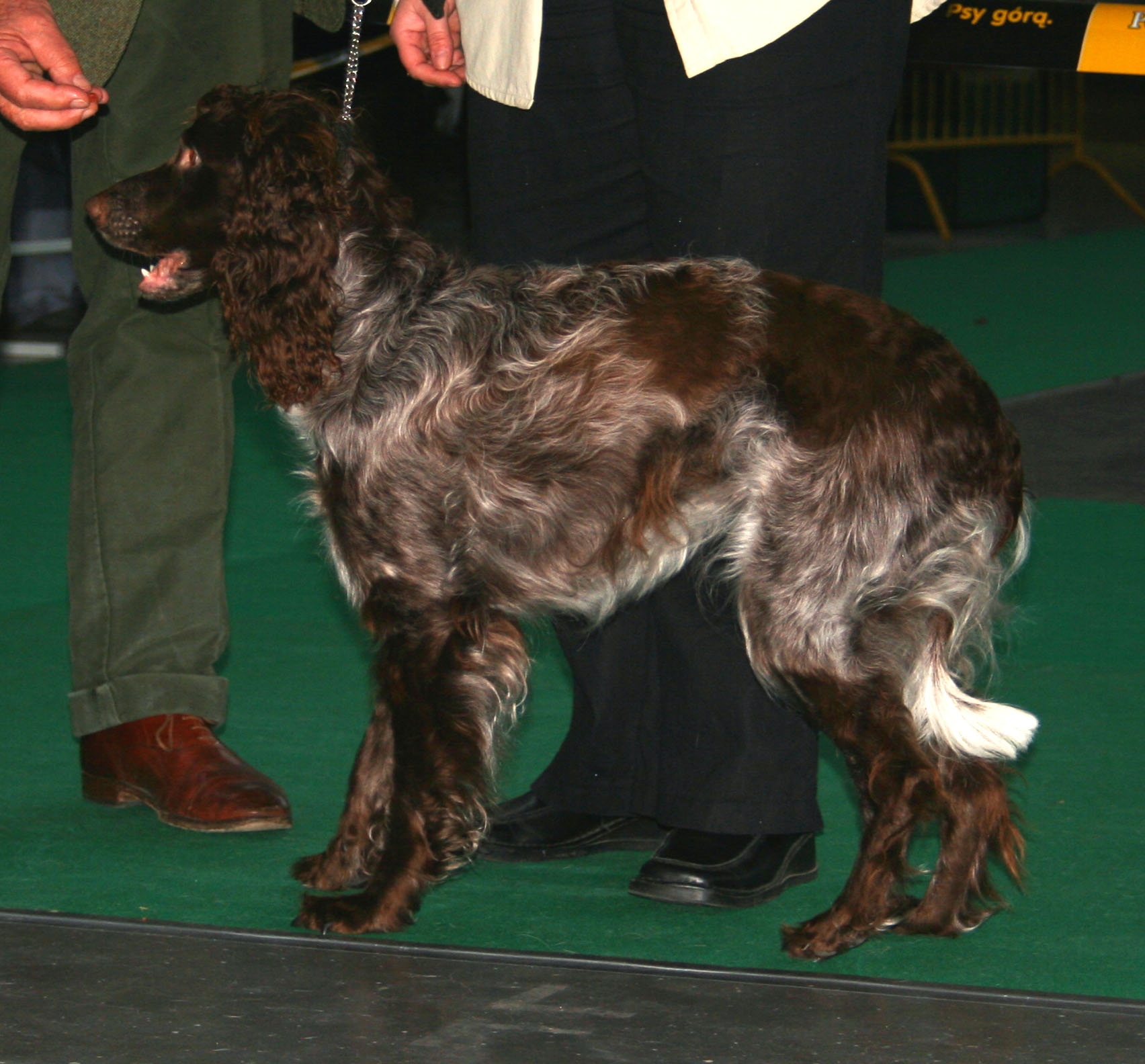 The coat is long and wavy, but smooth about the face. The color is liver or brown, or a mixture of liver or brown and white. Ticking is quite common.

Though hardy, as well as hard-working, the breed has the typical traits of being easy to train, gentle, and affectionate. The dogs are known to have a fun-loving quality and in France are said to be "le petit clown des marais" (the little clown of the marshes).

Pont-Audemer Spaniels are usually found in a working gundog environment, and are rarely kept as mere family pets. The dogs specialize as s, but liketheir relative, the , can also work as pointersand flushers.

The breed is alleged to have been developed in the region of France in the nineteenth century. It is believed that the and/or may have gone into the Pont-Audemer's makeup as well as old breeds such as the . The breed's numbers were never large, and so few examples existed after that it became necessary to cross-breed dogs with s. The population of these unique spaniels is still small, and the breed is in danger of extinction.