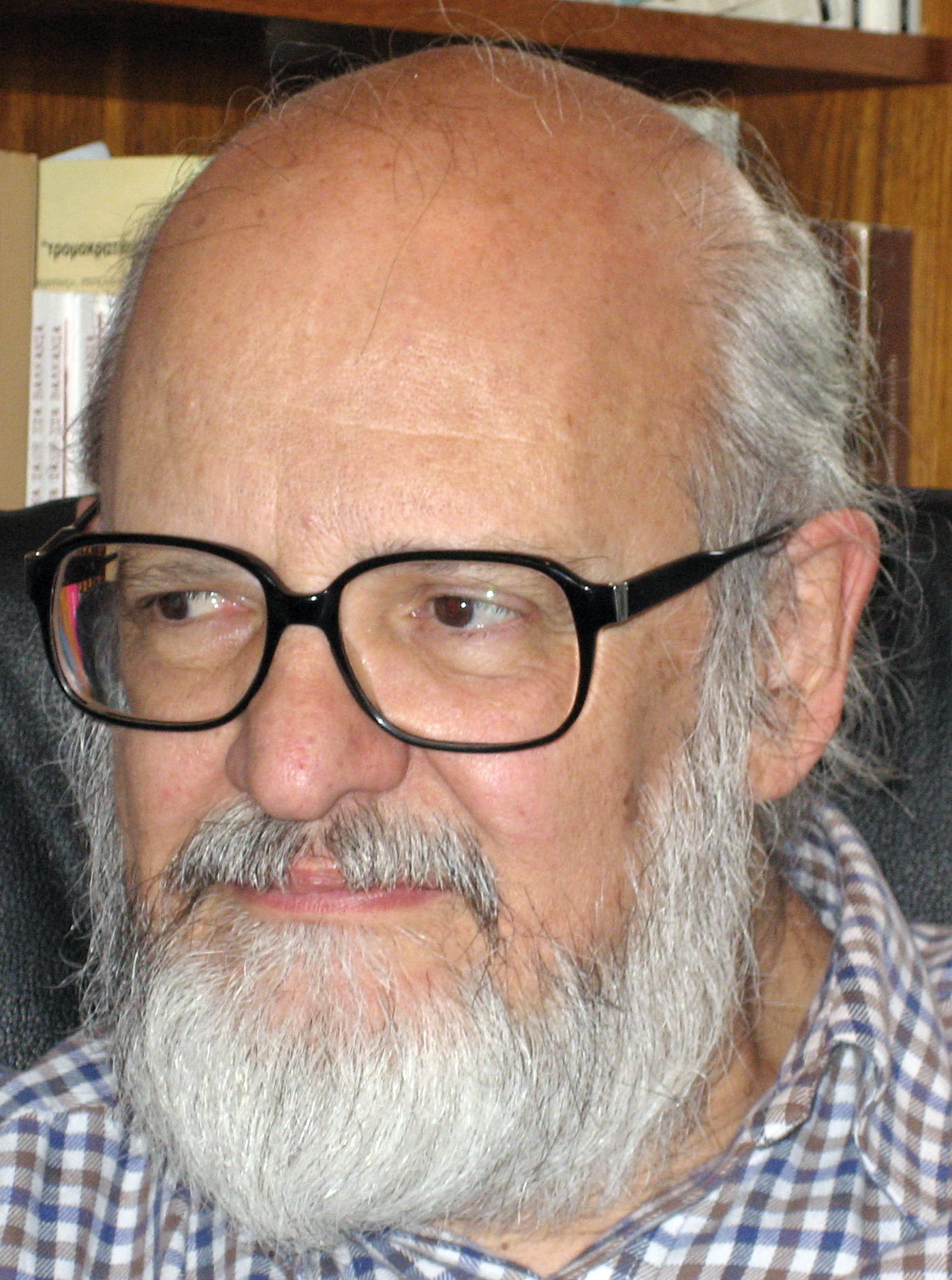 Takis Fotopoulos (Τάκης Φωτόπουλος), born birth date and age|1940|10|14, is a Greek-Londoner political philosopher, economist, editor of and The International Journal of Inclusive Democracy (see external links) and former academic. Author of Towards An Inclusive Democracy and founder of the movement. He is noted for his synthesis of the classical democracy tradition with the tradition and the radical currents in the . He is the author of numerous books and over 600 articles which have been published in various languages.

He was born in and his family moved to soon afterwards. After earning degrees in Economics & Political Science, as well as in Law from the , he moved to London in 1966 for postgraduate study at the , on a scholarship from Athens University. He was a student syndicalist and activist in Athens and then a political activist in London, taking an active part in the 1968 student movement in London, as well as in organisations of the revolutionary Greek Left during the struggle against the military junta in (1967-74).

He was Senior Lecturer in Economics at the Polytechnic of North London for over twenty years until he started editing the journal "Society & Nature", later "" and subsequently the online "International Journal of Inclusive Democracy". He is also a columnist of "", one of the most widely-circulated newspapers in Greece.

Takis Fotopoulos developed the political project of in 1997 (an exposition can be found in "Towards An Inclusive Democracy"). The first issue of "Society & Nature" declared in the editorial that

:"our ambition is to initiate an urgently needed dialogue on the crucial question of developing a new liberatory social project, at a moment in when the has abandoned this traditional role."

The same editorial specified that the new project should be seen as the outcome of a synthesis of the democratic, libertarian socialist and radical Green traditions. Since then, a dialogue has followed in the pages of the journal, in which s like , Social ecologists like , and Green activists and academics like have taken part.

The starting point for Fotopoulos's work is that the world faces a multi-dimensional crisis (economic, ecological, social, cultural and political) which is caused by the concentration of power in elites, as a result of the market economy, representative democracy and related forms of hierarchical structure. An inclusive democracy, which involves the equal distribution of power at all levels, is seen not as a utopia (in the negative sense of the word) or a "vision" but as perhaps the only way out of the present crisis, with trends towards its creation manifesting themselves today in many parts of the world. Fotopoulos is in favor of , although he would not identify himself as a market abolitionist as such because he considers market abolition as one aspect of an Inclusive Democracy which refers only to the Economic Democracy component of it. He proposes a model of economic democracy for a stateless, marketless and moneyless economy but he considers that the economic democracy component is equally significant to the other components of ID, i.e. Political or , Ecological Democracy and Democracy in the Social Realm.

* [http://www.inclusivedemocracy.org/fotopoulos/greek/grbooksgulf/grbooksgulf.htm "The Gulf War: The First Battle in the North-South Conflict"] , Exantas, Athens, 1991.

* [http://www.inclusivedemocracy.org/fotopoulos/greek/grbooksdrugs/grbooksdrugs.htm "Drugs: Beyond the Demonology of Penalisation and the 'Progressive' Mythology of Liberalisation"] , Eleftheros Typos, Athens, 1999.

* [http://www.inclusivedemocracy.org/fotopoulos/greek/grbooksbalkans/grbooksbalkans.htm "The New Order in the Balkans and the First War of the Internationalised Market Economy"] , Staxy, Athens, 1999.

Contributions to other books

*"Education, Culture and Modernization", (ed. by Peter Alheit), Roskide University, 1995. (Takis Fotopoulos contribution: [http://www.inclusivedemocracy.org/fotopoulos/english/brbooks/contribution_1_roskide.htm "The crisis of the growth economy, the withering away of the nation-state and the community-based society"] )

*"Globalisation, Technology and Paideia in the New Cosmopolis", Atrapos, 2004.

* [http://www.inclusivedemocracy.org/fotopoulos/greek/grbooks_koukida/grbook_koukida.htm "Globalised Capitalism, The Eclipse of the Left and Inclusive Democracy"] , (ed. by ), Koukkida, Athens 2008. (with a contribution by Takis Fotopoulos).