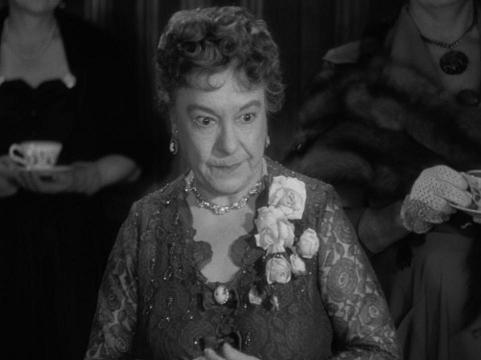 Josephine Hull (, [Some sources give her year of birth as 1884.] – , ) was an Academy Award and winning American actress. She had a successful 50-year career on stage while taking some of her better known roles to film.

Hull was born Josephine Sherwood in . She attended the New England Conservatory of Music (Boston) and , .

Hull made her stage debut in stock in 1905, and after some years as a chorus girl and touring stock player, she married actor Shelley Hull (older brother of the more well-known actor ) in 1910. When her husband died, quite a young man, in 1919, the actress retired until 1923, when she returned under the name Josephine Hull.

Hull had her first major stage success in George Kelly's Pulitzer-winning "Craig's Wife" in 1926. Kelly wrote a role especially for her in his next play, "Daisy Mayme", which also was staged in 1926. She continued working in New York theater throughout the 1920s. In the 30s, Hull appeared in three Broadway hits, as a batty matriarch in "" (1936), as a dotty, charming but homicidal little old lady in "" (1941), and in "Harvey" (1944). The plays all had long runs, and took up ten years of Hull's career.

Hull only made five films, beginning with the 1929 film "". That was followed by two 1932 Fox features, "" (recreating her stage role) and "". She missed out on recreating her "You Can't Take It With You" role in 1938, as she was still onstage with the show. appeared in the film version). Hull and Canadian-born did play the Brewster sisters in the 1944 film "Arsenic and Old Lace" (starring ), and Hull was in the screen version of "Harvey" as well, playing 's sister. It is for that role that she won her Best Supporting Actress Oscar. "Variety" said that Hull, as "the slightly balmy aunt who wants to have Elwood committed, is immense, socking the comedy for every bit of its worth."Fact|date=March 2008

Hull made only one more film, "The Lady from Texas" (1951); she had also appeared in the CBS-TV version of "" in 1949, with Ruth McDevitt (an actress who often succeeded Hull in her Broadway roles) as her sister.

Moving to , Hull had been retired for some years before her death in 1957 from a .