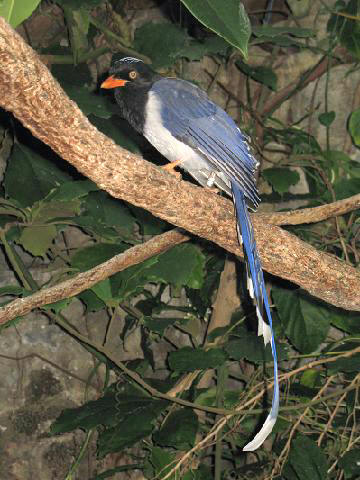 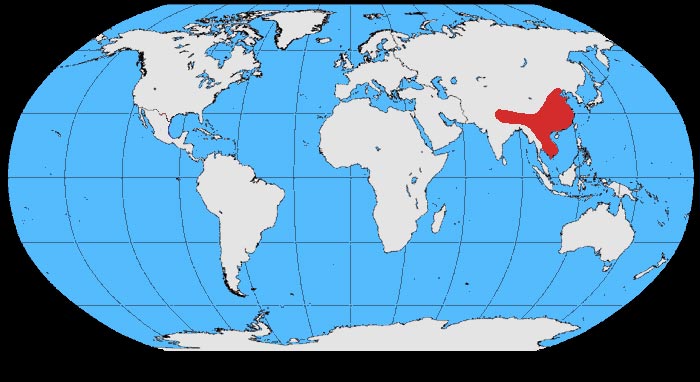 The Red-billed Blue Magpie, "Urocissa erythrorhyncha" is a species of in the crow family "". It is about the same size as the but has a much longer tail.

The head, neck and breast are black with a bluish spotting on the crown. The shoulders and rump are a duller blue and the underparts are a greyish cream. The long tail is a brighter blue (as are the wing primaries) with a broad white tip. The bill is a bright orange-red as are the legs and feet and a ring around the eye. This red can vary across its range to almost yellow in some birds.

The Red-billed Blue Magpie occurs in a broad swathe from the western Himalayas, eastwards into and in evergreen forest and scrub in predominantly hilly or mountainous country.

Food is sought both in trees and on the ground. It takes the usual wide range of food, such as invertebrates, other small animals, and fruit and some seeds. It robs nests of eggs and also chicks.

The Red-billed Blue Magpie nests in trees and large shrubs in a relatively shallow nest. There are usually three to five eggs laid.

Vocal mimicry is very apparent in this species and its calls are very varied, but the most usual are a grating rattle and a high pitched whistle a little like a flute.