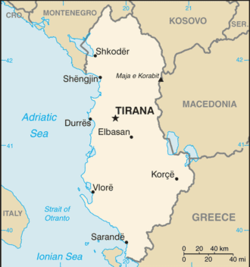 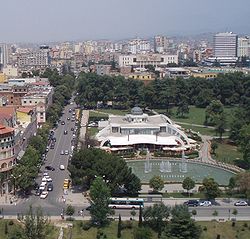 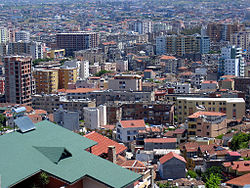 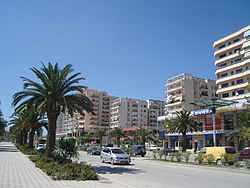 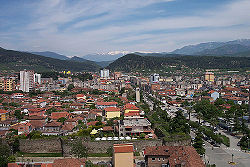 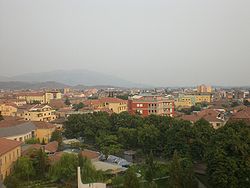 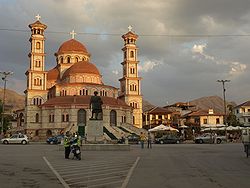 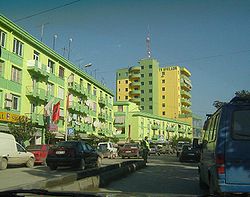 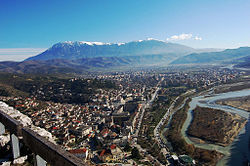 This is a list of cities in Albania holding such a status by the Institute of Statistics (Insituti i Statistikës).[1] Albania's capital city is Tirana and is by far the largest city and powerhouse of the Albanian economy. Albania's second city and major port is Durrës. Further, some cities form fourth level and final subdivisions called municipal units (njësi bashkiake, lagje or rajone). Even though cities do not form a separate administrative division level per se, they do form part of the urban municipality (bashki) administrative level in Albania.

As of the end of 2000s, the out of date address system did not keep up with the new construction developments to the detriment of local businesses and households. In 2009, the OSCE presence in Albania through funding from the EU launched the new address system database of all cities in Albania, including the beginning of street signs installation.[3]