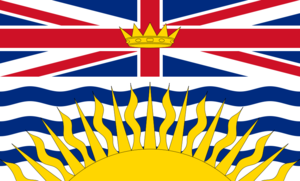 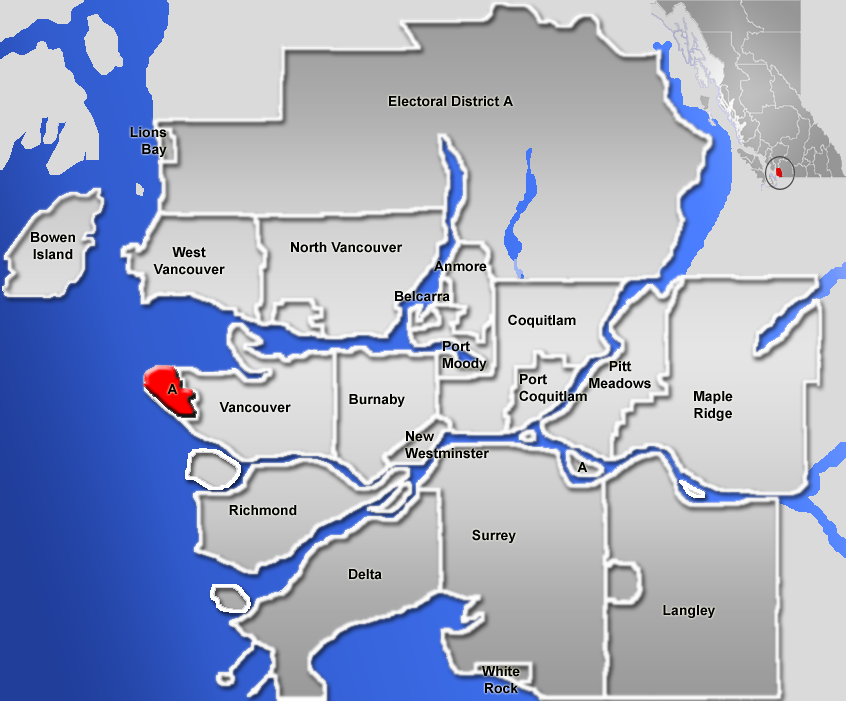 The University Endowment Lands (UEL) is an unincorporated area immediately west of the City of , , . The main campus of the lies within the UEL, as does . The UEL is part of the and sometimes considered part of Vancouver (for example, uses Vancouver for UEL addresses).

The area is administered directly by the province and landowners pay their property taxes directly to the provincial government. In a 1995 referendum, UEL residents voted against establishing a municipal governing body. ["University Endowment Lands". "Greater Vancouver Book", 1997. p.109. The Linkman Press, Vancouver BC.]

The University Endowment Lands are located immediately west of the City of Vancouver. reports a total land area of km2 to mi2|14.13|precision=2|spell=UK. About half of the UEL is made up of , a mostly forested land that was originally set aside for development which never materialized. Located on Point Grey, the UEL also boasts tall s near the water, with steep drops of approximately m to ft|70|precision=0|spell=UK down to the beaches below.

Because of its isolated location and the nature of the steep cliffs next to the beaches, Greater Vancouver's only es are located in the University Endowment Lands, the best known being , located near the western tip of the .

Because the UEL is close to seaside cliffs and the , above-average winds are common. Most of the winds come from the Strait itself, and the .

Snowfalls are also more common than many parts of the City of Vancouver because of the area's higher altitude and the lack of an due to less terrestrial development.

The UEL enjoys higher humidity compared to other parts of Greater Vancouver because it is surrounded on three sides by water. Fog is common in the winter months, especially in areas near Pacific Spirit Park and the water.

The creation of the University Endowment Lands was first proposed after the passing of the "University Endowment Act" of 1907, in which the British Columbia provincial government agreed to set aside two million acres (8,000 km²) of British Columbia Crown land to be sold or leased to fund the creation of a university. This land was to be in the Cariboo region of the province's interior, which consisted of mostly agricultural land. This idea was changed in 1911 when the provincial government passed the "University Site Act", which set aside convert|175|acre|km2|1| in Point Grey for the university. This is where the UEL is located today.

By 1920, it was realized that the Cariboo land did not have a high enough market value to generate the income needed for the university, so that idea was abandoned. This led to the "British Columbia University Loan Act", which allowed the Lieutenant-Governor to sell 3,000 acres (12.4 km²) of Crown land on Point Grey for residential development. The money from the auction was put in the "University Endowment Account" for the university. [http://uel.ceiarchitecture.com/legislative.asp]

However, a lot of the development that was planned was halted due to economic hardships stemming from the . The university could not afford to prepare the land for development or to clear the forest land for development. In the 1930s, the university returned control of the land to the government. By the mid-1950s, over half of the undeveloped land in the UEL remained undeveloped due to the Depression and war shortages in the 1940s.

There have been many attempts to develop this land, which was then opposed by environmentally-aware residents in the area. In 1988, the creation of Pacific Spirit Park was announced by the provincial Premier . The park currently makes up of over half of the UEL, acting as a greenbelt between the developed areas and the City of Vancouver. Development, in large part, is very limited -- for any proposed developments in the UEL by the Greater Vancouver Regional District or the University of British Columbia, the following groups must be consulted beforehand: university students, university staff, university faculty, environmental groups, businesses, residents and the general public. [http://www.discovervancouver.com/GVB/ubc-endowment-lands.asp]

Residential and commercial taxes are paid directly to the provincial government.

For provincial elections, the UEL falls under the electoral riding. Its current is , who is also the current Premier of the province.

For federal elections, the UEL is in the electoral riding. The seat is held by [http://www.joycemurray.ca] .

However, the large number of students and staff commuting to UBC on a daily basis means that the area is easily accessible by public transit. is the western terminus of many TransLink bus routes, and the bus system is heavily used due to a discount bus pass system called U-Pass. The following routes service the UEL and UBC:

An additional B-Line route has been proposed from UBC to Joyce Station, replacing the current #43 UBC/Joyce Station. The Vancouver-UBC Area Transit Plan indicates that service would start in late 2009, to coincide with the opening of the . There have also been several proposals for creating a link to the university. The most likely candidate for such a service would involve extending the SkyTrain to Granville or Arbutus Street in Vancouver, with a B-Line route continuing on to UBC.

The UEL is largely a residential neighbourhood, and most economic activity is centred at the University of British Columbia and the area around University Village and University Marketplace. UBC's stores are located mostly in the Student Union Building ("the SUB"). The Village and Marketplace, located next to each other near the intersection of University Boulevard and Allison Road, are located off-campus and home to a food court, several restaurants, some shops, some medical clinics and some services. This is the only commercial area outside of the UBC campus in the UEL.

In addition to the locations above, there are small cafeterias and cafes located in certain buildings on the UBC campus.

There are also several museums and performing arts theatres on campus, including the Belkin Art Gallery, the , the Fredric Wood Theatre, and the Chan Centre.

The eastern end of the UEL is home to the University Golf Course, which is one of the original developments in the non-campus portions of the UEL.

While not economically-driven (due to free admission), is also a popular area for locals and tourists alike due to its reputation as one of the largest clothing optional beaches in North America.

The University Village is the first commercial structure built on the UEL. Its main level mostly includes a convenience store, a restaurant and a photocopying store.

The second level is home to a ese restaurant, a salon, a pizza parlour and a discount textbook store (which is in direct competition with UBC Bookstore, located on campus).

The basement level is entirely dedicated to a multicultural-themed food court. Cuisines from Taiwan, , , , , the and China are available there, among others.

The University Marketplace [http://www.universitymarketplace.net] is a mixed commercial-residential structure completed around the late 1990s to the early 2000s. The main floor is home to , , a provincial liquor store, , several restaurants, some cafes and others.

The second floor of the Marketplace contains mostly offices and medical clinics. Some professors from UBC (especially those in the medical field) have offices located there, likely due to the proximity of the science buildings and UBC Hospital.

The SUB is home to most of the student clubs at UBC, as well as UBC Food Services (which include fast food services such as and ), a location, a salon, both a bar and a pub, a movie theatre, and other student services. It is owned and operated by the .

Because many films require university scenes, the UBC/UEL area is a desirable filming location. Combined with the fact that the Vancouver area is the third-largest film production centre in North America, this has made UBC a popular location for many productions. Production companies that wish to shoot on-campus must pay a fee to the university, which goes to the film and theatre departments.

In addition, the UEL is served by the Vancouver School Board and is zoned to and .

Most of the UEL's sports activities and facilities are located on the UBC campus. UBC's sports teams are called the and they play at various locations on campus, including War Memorial Gym, Thunderbird Stadium, UBC Aquatic Centre and Thunderbird Winter Sports Centre. The Student Recreation Centre (REC) is home to intramural sports for students.

For the , the Thunderbird Winter Sports Centre will be replaced by a newer building, named the . The new structure will house three s, with the main rink accommodating 6,650 spectators. Demolition of the old arena began April 2006 and the building is expected to be completed by April 2008. After the Olympics, the building will serve as a recreational facility, with classrooms and research laboratories [http://www.vancouver2010.com/en/WinterGames/2010GamesVenues/Competition/UBC] .

*Fire & Rescue
**The UEL is served by the under contract.

*Ambulance
**Ambulance service is provided by as the entire province

*
**Organized and provided by the UBC Emergency Planning Office, Department of Health Safety and Environment.

*Health Care Facilities
** UBC Hospital Urgent Care Centre is the closest hospital. However, for serious symptoms like chest pain, abdominal pain, difficulty breathing or stroke, patients will be transferred to the [http://www.vch.ca/facilities/hospitals/vancouver/ubch.htm] .
** If children or women require specialty services, they will be transferred to or