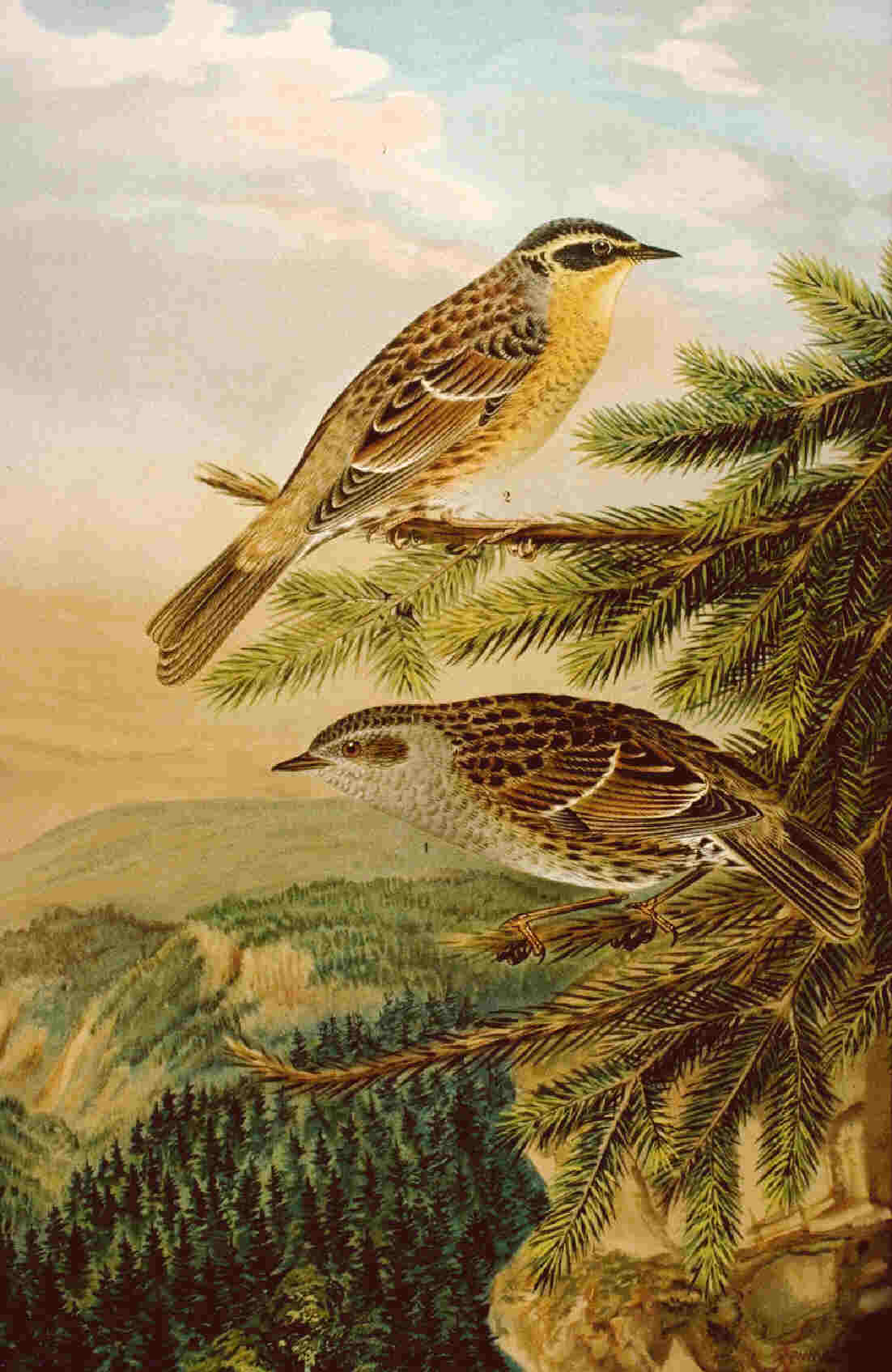 The accentors are in the only family, the Prunellidae, which is completely endemic to the . This small group of closely related s are all in a single genus "Prunella". All but the Dunnock and the Japanese Accentor are inhabitants of the mountainous regions of Europe and Asia; these two also occur in lowland areas, as does the Siberian Accentor in the far north of Siberia. This genus is not strongly migratory, but they will leave the coldest parts of their range in winter, and make altitudinal movements.

These are small, fairly drab species superficially similar, but unrelated to, s; they are generally regarded as being related to the es or the s. They are 14 to 18 centimetres in length, and weigh between 25 and 35 grams

Their typical habitat is mountainous regions in an area far above the tree-line, but below the snow-line. The Himalayan accentor can be found as high as 17,000 ft above sea level when breeding, however, most accentors breed in scrub vegetation at lower levels. Most species migrate downwards to spend the winter, with only some being hardy enough to remain. Accentors spend the majority of their time in the undergrowth and even when flushed, stay low to the ground until reaching cover.

Most of the species live together in flocks, like other members of Prunellidae. The dunnock is an exception since it prefers to be solitary except when feeding. The dunnock also earned a nickname of "shuffle-wing" since it most strongly displays the characteristic wing flicks used during courtship and other displays.

Accentors may have two to three broods a year. Courtship consists of a great deal of song from the males, which may include short lark-like song flights to attract a mate. In most species, the male and female share in the nest making, with the dunnocks again being an exception - their males have no part in nest building or incubation. They build neat cup nests and lay about 4 unspotted green or blue eggs

Harrison [Harrison, "An Atlas of the Birds of the Western Palaearctic", 1982] used the group name Dunnock for all of the species, not just "Prunella modularis" (thus e.g. Japanese Dunnock for "P. rubida"); this usage has much to be said for it, based as it is on the oldest known name for any of the species (old English "dun"-, brown, + -"ock", small bird: "little brown bird"), and a much more euphonious name than the contrived "Accentor". "Accentor" was the scientific name for the Alpine Accentor ("Accentor collaris"). It comes from , meaning "sing with another" (ad + cantor).