Rock and Roll All Nite

Rock and Roll All Nite 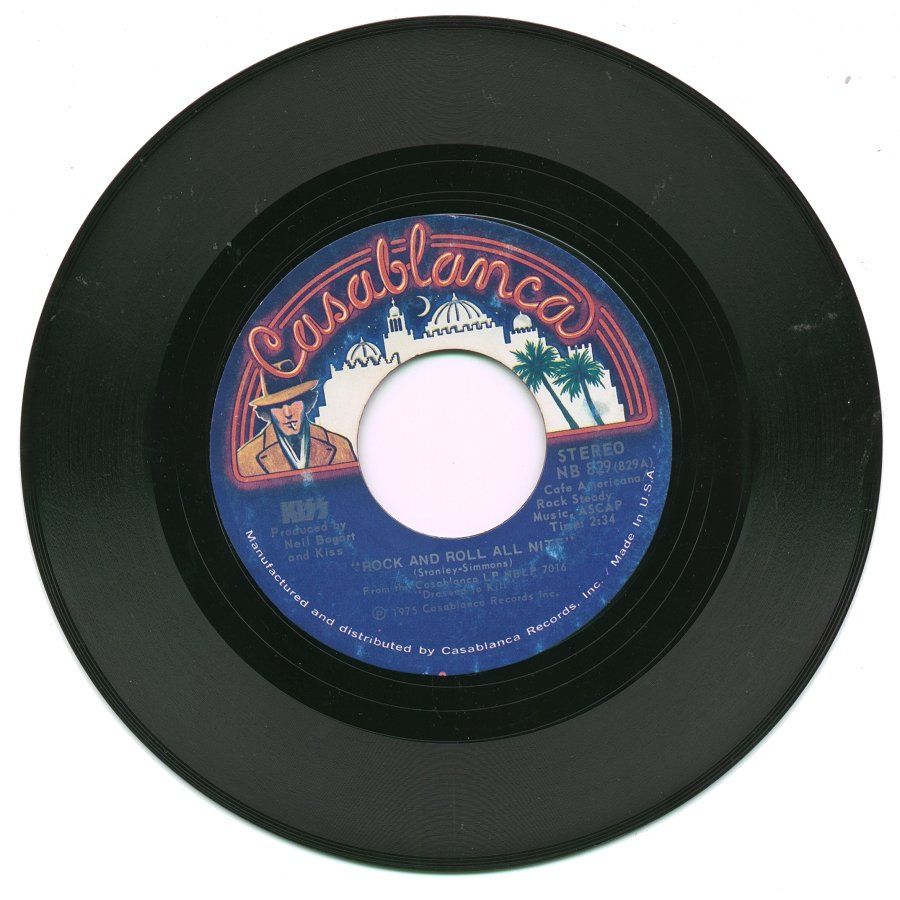 
"Rock and Roll All Nite" is a song by Kiss, often seen as a classic rock anthem, originally released on their 1975 album "Dressed to Kill". It was released as the A-side of their fifth single, with the album track "Getaway." The studio version of the song peaked at #57 on the Billboard singles chart, besting the band's previous charting single, "Kissin' Time" (#79). A subsequent live version released as a single in October 1975, eventually reached #12, the first of six Top 20 songs for Kiss in the 1970s.

"Rock and Roll All Nite" was written by and while Kiss was still in Los Angeles, as part of their "" tour although during the groups concert at in on January 26, 1976, Stanley states to the audience before the group begin the song that the song was written in and for Detroit. The tour ended early (February 1975), when founder and president ordered Kiss to return to the studio to record a follow up to "Hotter Than Hell", which had stalled on the charts and failed to meet Casablanca's sales expectations. One of Bogart's instructions to the band was to compose an anthem, something he felt the band needed.

Stanley wrote the chorus, and Simmons wrote the verses, borrowing parts of a song he had previously written, entitled "Drive Me Wild." The song was one of two the group recorded toward the end of the "Hotter Than Hell" tour, prior to returning to for the proper "Dressed to Kill" recording sessions.

While "Rock and Roll All Nite" would eventually become a fixture in Kiss's live performances, it was not inserted into the band's setlist immediately. Nor did it immediately replace "Let Me Go, Rock 'n' Roll" as the closing number.

Kiss performed this song during the closing ceremonies for the in Salt Lake City.

The original version of the song, as it appears on "Dressed To Kill", does not have a , while many later versions do have one. The "" version features and sharing the solo. The original version also ends while fading away; all live versions end with the last notes of another "Dressed to Kill" song, "The Getaway". The chorus of the "" version of the song is played at the beginning of "Detroit Rock City," from 1976's "Destroyer".

The song has been covered, among others, by for the "" tribute album, and by Poison for the "Less Than Zero" soundtrack.

A cover version of this song, based on the live version heard in "Alive!", appears as a playable track in the game "".

A cover version also appears in the game . In episode , Kiss sings this song in a concert and wants Lois to finish the chorus line, but she doesn't know the lyrics and she ruins the concert. In another episode of Family Guy titled , the James Woods High band Splash Log goes over the lyrics of this song, changing the words in the main chorus.

In Kelso wants to buy a KISS alarm clock that plays the song.

In the Commercial for the "" Product, there is a big dictator making people brush their teeth, then they protest and start singing this song.

In the extended version of 's , teen pop sensations teamed up with (performing as Hannah Montana) for a of this . When finished their leg of the tour, took over also singing the duet of the song with Miley.

At the start of "" , Poison are singing "Rock and Roll All Nite".