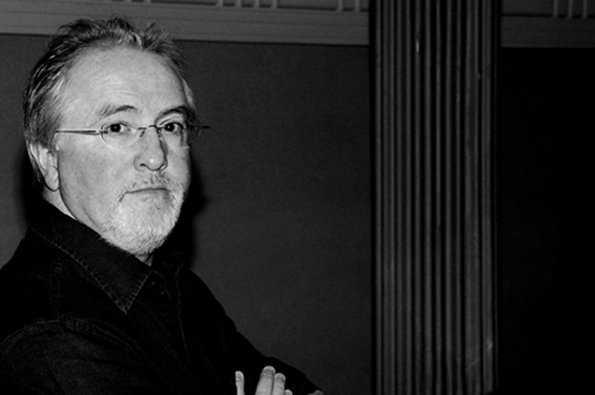 Patrick Doyle (born , , , , ) is an nominated Scottish musician and . His collaboration with and the an community is well known, but his scoring talents are versatile, and he has composed orchestral scores for a variety of films and film genres, from Disney's "Shipwrecked" to "". In the latter half of the 1990s, he utilised a combination of synthesizers, chorus, and solo vocals, along with a traditional orchestra.

Doyle graduated in 1974 from the , , where he studied piano and singing. His first music score was written in 1978, and subsequently, he has written the music for a host of radio, television, theatre and film productions. He lives in Surrey with his wife, Lesley Howard, and his four children.

Doyle joined the in 1987 as composer and , with an original score for 's acclaimed staging of "" at in December 1987, which he directed on stage. In 1988 he composed the music for their "Renaissance Shakespeare on the Road" season of productions of "", "", and "" for debut directors , , and . A year later Doyle again worked with director Judi Dench on both the theatre and television productions of "", presented first in Belfast then London, starring Branagh as Jimmy Porter and Emma Thompson as Alison. He then completed a world tour with the Renaissance, for which he was both composer and musical director for the company's productions of "" and "".

Director Kenneth Branagh commissioned Doyle to write the film score for the Renaissance Film Company production of "Henry V". and the were engaged to perform the music. A choral piece from this score, "", was awarded the 1989 Ivor Novello Award for Best Film Theme. In 1990, commissioned Doyle to write "The Thistle and The Rose", a song cycle for full choir, in honour of the Queen Mother's 90th birthday. In 1991, Doyle wrote the score for the Paramount feature "" also directed by Branagh, and the score was nominated for a 1991 .

Doyle's 1995 score for "Sense and Sensibility" was nominated for a Golden Globe, an Academy Award for Best Original Dramatic Score, and a nomination for Best Film Score. In 1996, "Hamlet", a four hour, 70mm epic directed by Kenneth Branagh for Castle Rock, received an Academy Award nomination. In 1997, Sony Classical commissioned him to write a piece of music to accompany a children's story entitled "The Face In The Lake". This piece was premiered in February 1998 at in , along with two other stories with music written by & . Sony Classical released a CD of the music, narrated by , together with a companion children's book published by Viking Press.

Doyle's style of classical composition and history as an actor and stage hand makes him a very knowledgeable musical artist. He has appeared (and sung) in numerous films and is always seeking to lend his diverse skills to more projects. The original themes he both composes and performs vocals for can be heard on the albums for "Henry V," "Much Ado About Nothing" and "As You Like It".

In November 1997, Doyle was diagnosed with , from which he has recovered. Nonetheless, he completed his score for "Great Expectations" and continued to work on "Quest for Camelot" during treatment. By 1998, his career had returned to full swing. He completed the score for "Harry Potter and the Goblet of Fire", taking over from John Williams. He also wrote the music for the "Eragon" soundtrack (released December 15, 2006).