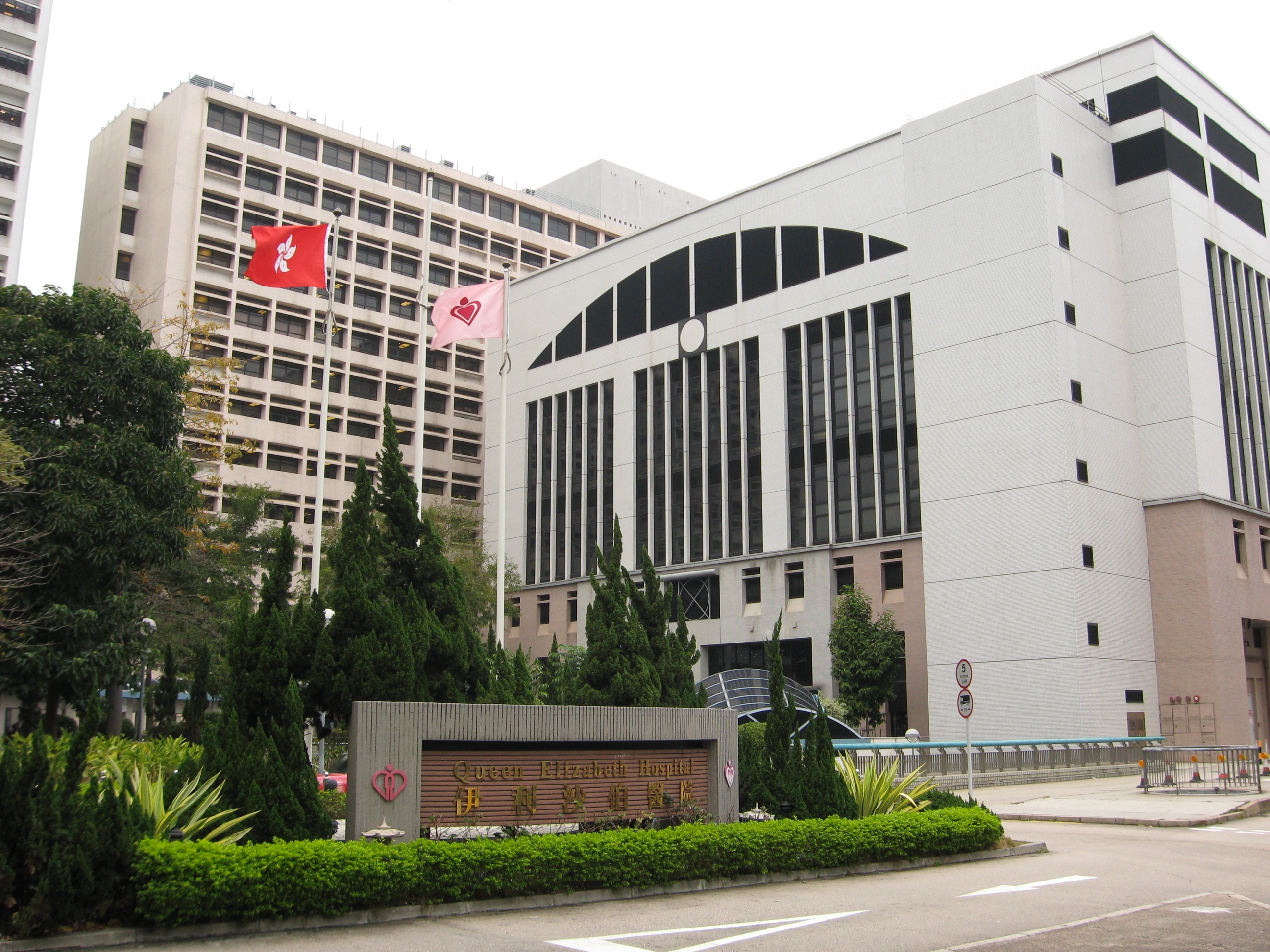 Queen Elizabeth Hospital (zh-t|t=伊利沙伯醫院), QE in short, is a hospital at King's Park in , . It was named after Queen Elizabeth II. The hospital is a major hospital in southern Kowloon. This hospital has around 1,800 beds. It has more or less 350 physicians and surgeons. The total number of nurses are 1,000 more or less.

Queen Elizabeth Hospital (QEH) was opened in and it is the major acute general hospital in Kowloon. It has 1,850 beds and 13 clinical departments, and a staff force of 4,600. It serves an effective population of about 900,000 and about one-third of all in Hong Kong. It is the largest acute hospital in Hong Kong despite not being a university hospital.

The hospital has a full complement of services including 24-hour and specialist services. s are located at three different sites to serve the district. They are the Queen Elizabeth Hospital Specialist Clinic, Yau Ma Tei Polyclinic, and the 'L' Block Clinic.

The hospital provides high-intensity care for all clinical specialties, and a tertiary referral centre for major specialties. It is also a teaching centre for basic and post-graduate training of doctors, s and allied health professionals.

Through its cluster network, the hospital is closely linked with and for acute services; as well as and for convalescent rehabilitation and hospice services. Other general and specialty services are supported by , the and .

To enhance community participation, an annual health promotion programme and a Patient Resource Centre were established in 1993, giving support to seven self-help patient groups. Successfully organized "Healthwork Campaign" for staff of 28 hotels in . Formed partnership programmes with the in 1995/96.

In 1994-96, the hospital completed some major service expansion projects. They include the provision of an Open Heart and Thoracic Surgical Services and an Adolescent Medical Centre.

Pioneered 2-year training posts of Family Physicians in QEH in July 1996 to promote high quality health care practitioners and expanded into a wider programme with corporate support since 1997. It is now an established mandate for HA.

To meet growing demand for its services, a number of renovation and reconstruction projects were carried out. These include air conditioning for all hospital wards by the end of 1996. With a donation from the , the Jockey Club Institute of Radiotherapy and Oncology, and the Jockey Club Institute of Radiology and Imaging were redeveloped. Redevelopment of the Ambulatory Care Centre with all the specialist clinics and day surgery and rehabilitation services included under one roof was completed by 1997. The new Rehabilitation Block was put into service in 1999, and the new with 21 s is already fully operational since summer of 2000.