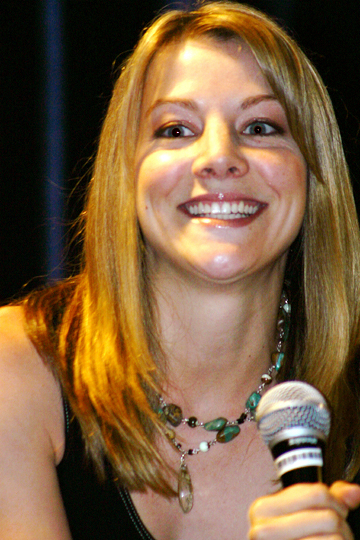 Elizabeth Anne Allen (born , ) is an American . Allen is best known for her recurring role as the witch on the television series "Buffy the Vampire Slayer".

Allen is an alumna of Gloversville High School in and graduated from in Troy, NY in 2001. After college she moved to to begin an acting career. [http://www.elizabethanneallen.com] Since 1992, Allen has worked regularly, primarily in guest or recurring roles on various television series. These include "" and "". Allen also had a recurring role in the series "Bull" playing the character Pam Boyd.

She auditioned for, and was the runner up for the role of Buffy. The role went to , but was so impressed by Elizabeth that he created the character of Amy for her. Fact|date=June 2007