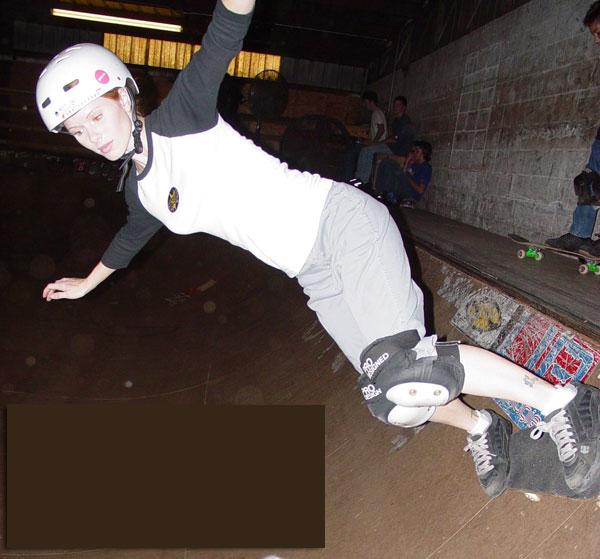 Heather Christensen (born ) is an American , noted for her work in various "" publications.

Christensen was born and raised in , , and moved to , when she was 20. When she turned eighteen, she was determined to go to college, but, her family didn't have money for the tuition, so Christensen began dancing in a for $500 per night. She was seen there by a scout from "Playboy", and began to model, which "sort of interrupted"

Christensen has a wide range of hobbies, including rock climbing, diving, snowboarding, hiking, and singing. She is an especially noted er, who has been skating since 1998, first with a boyfriend, then by herself. The hobby cost her a broken arm, at Skatopia in Ohio, when she fell on a metal ramp; the fracture forced her to quit her job (and her boyfriend left her). She stayed with the hobby, however, and later lived with professional skateboarder .

Christensen continued to study while working as a model. She earned a in ,