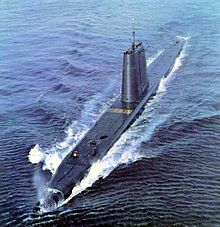 Operation Paraquet was the code name for the British military operation to recapture the Island of South Georgia from Argentine military control in April 1982 at the start of the Falklands War. The official name "Paraquet" is an alternative spelling of Parakeet, but the operation is perhaps more widely known as Operation Paraquat, an unofficial name adopted by troops in the South Atlantic who feared the operation would prove as lethal to them as the weedkiller Paraquat. This view prompted the exclamation "kill Paraquat before it kills us."

The operation, a subsidiary of the main Operation Corporate (recapture of the Falkland Islands from Argentina) was successful, leading to the island being restored to British rule on 25 April 1982.

The operation was ordered by Admiral Fieldhouse on 12 April 1982. It was to involve Mountain Troop from D Squadron SAS from Ascension Island, 150 Royal Marines on the tanker Tidespring, 2SBS on HMS Plymouth and 6SBS in the submarine HMS Conqueror. Conqueror was first on the scene and carried out a survey of key areas of the South Georgia coast. The operation was originally supposed to involve both SAS and SBS forces being infiltrated onto South Georgia by helicopters from the Tidespring and Antrim, but the plan had to be changed when the two Wessex helicopters transporting the SAS troops to an ambitious location on the northeast coast crashed in atrocious weather on Fortuna Glacier; the troops and aircrew were rescued by Antrim's Wessex helicopter, the last remaining to the expedition.[1]

On 9 April the submarine ARA Santa Fe left port in Argentina with a detachment of marines on board to reinforce the South Georgia garrison, and arrived safely in Grytviken on 24 April. However, on 25 April the Santa Fe was intercepted while sailing away and disabled by depth charges from Antrim's Wessex helicopter and subsequent attacks by task force Wasp and Lynx helicopters, which fired at least six AS-12 missiles on the submarine. The Santa Fe was forced to limp back to Grytviken.

There followed an immediate assault by an improvised group of Special Forces and Royal Marines, with two Royal Navy vessels (Antrim and Plymouth) conducting a naval bombardment demonstration on the low hills opposite Grytviken. The garrison at Grytviken and the crew of the disabled Santa Fe surrendered to M Company, 42 Commando, Royal Marines, after fifteen minutes at 17.15 GMT, although the garrison at Leith Harbour, under the command of Lieut. Commander Alfredo Astiz, surrendered the following day.[1] Sweden and France requested Astiz extradition to the British authorities after learning about his capture, but his captors rejected the petition.[2]

An Argentine prisoner of war, Navy Petty Officer Felix Artuso, a crewman of the Santa Fe, was mistakenly shot dead on April 26 after a British marine thought he was sabotaging the submarine and is buried at Grytviken Cemetery.[3][4]

One of the most famous and legendary signals of the entire Falklands War was made by the British Landing Forces' commander Major Guy Sheridan RM after the surrender at Grytviken:[5]

Be pleased to inform Her Majesty that the White Ensign flies alongside the Union Jack in South Georgia. God save the Queen.[6]

Wildlife film maker Cindy Buxton and her assistant, who had been filming in an isolated part of the island before the invasion, were evacuated by a helicopter from HMS Endurance on 30 April.[7]