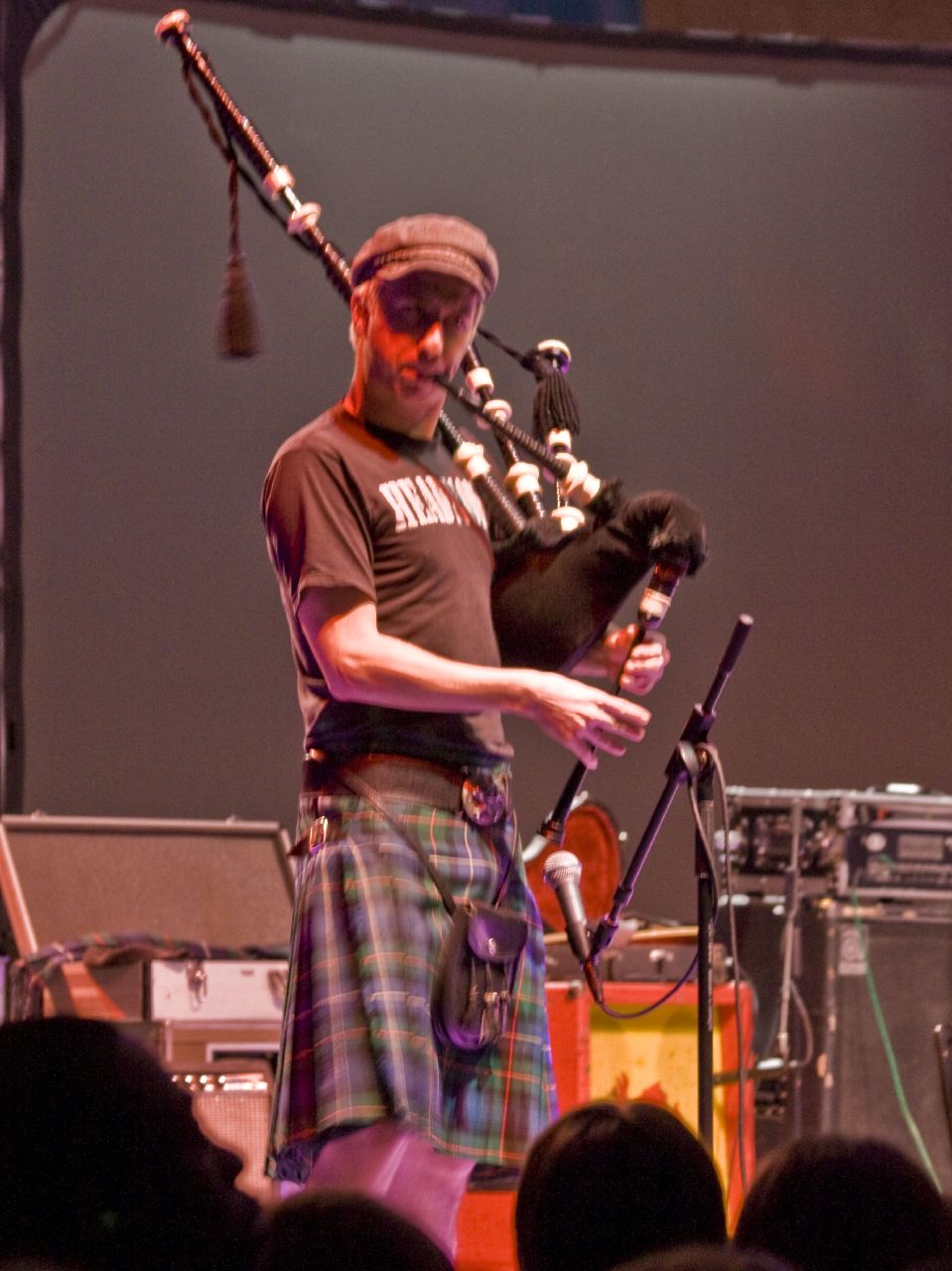 Flatfoot 56 is a / band from . The group's use of Scottish Highland has led to their classification as a band, comparable to or .

The band formed in summer as a three-piece punk band. The three original members, who are brothers (Tobin Bawinkel, Justin Bawinkel, and Kyle Bawinkel), started writing songs in Fall 2000. By the Christmas season of the same year, they were playing their first concert. In January , the band added Josh Robieson (, , ) to the lineup and the band began including the Highland bagpipes and a second into its sound.

In 2001 they recorded their first demo, then in Summer 2002, the band recorded their first full length album, entitled "". This recording was done in , in a studio called the Noise Chamber. Their second album, "", was released in 2003. Their song, "That's OK," had heavy radio play on stations across the .

The following year, Flatfoot 56 performed at the in Illinois, in front of more than 700 people. It was at this concert that the band released their album "Knuckles Up". It has been the band's best-selling record, and the group continues to record and tour. The band has been signed to and has re-released "Knuckles Up" through the label. Their fourth record, "Jungle of the Midwest Sea", was released on May 15, 2007.

Kyle Bawinkel, Justin Bawinkel, and Tobin Bawinkel were involved in and received the Gold Medal of Achievement.

Flatfoot 56 commonly encourages and organizes a variation on a circle pit called the Meat Grinder, which has become immensely popular with fans.