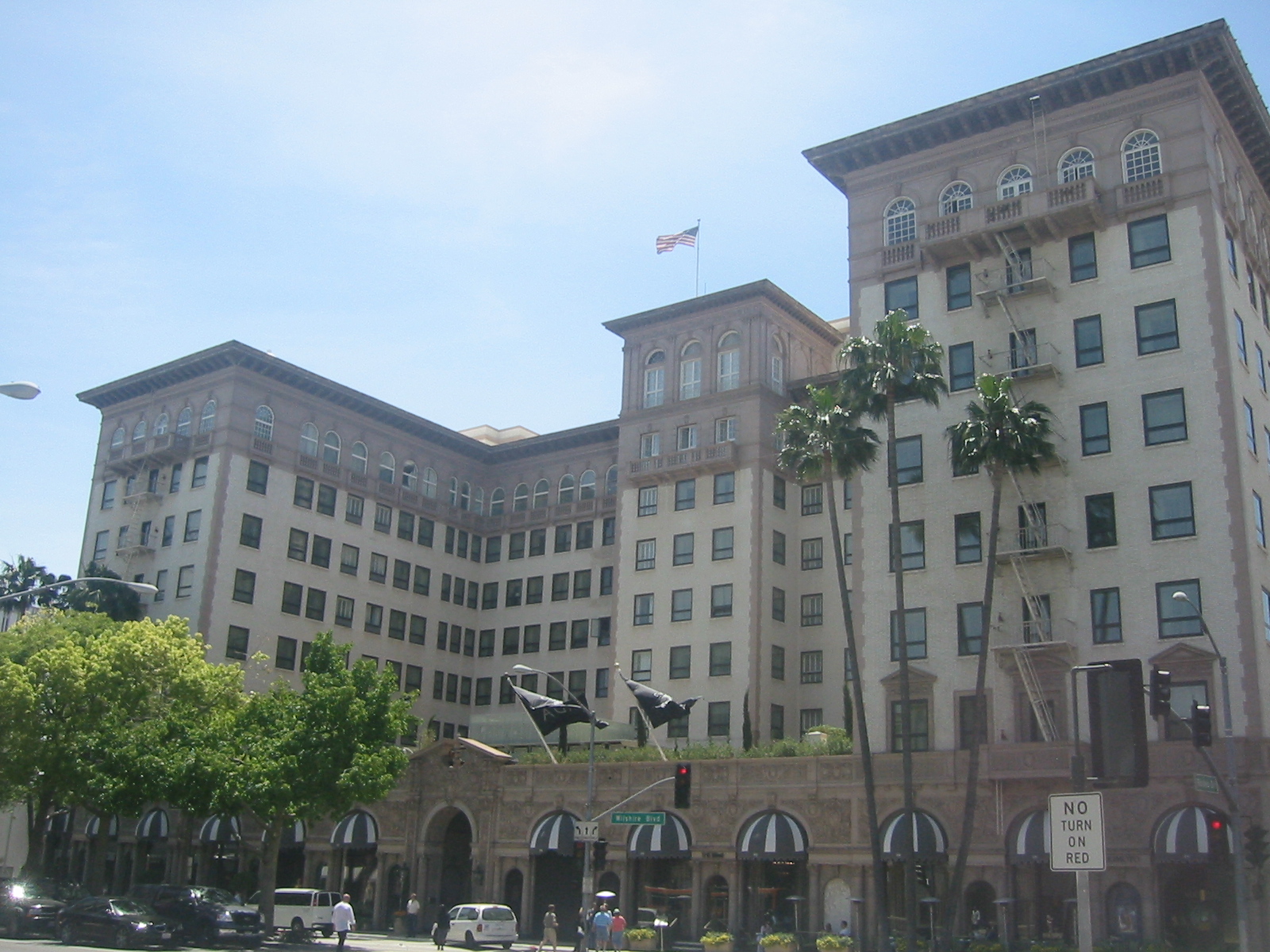 The Beverly Wilshire Hotel is at 9500 on the east side of South in . It was constructed by real estate developer Walter G. McCarty on the site of the former . It was completed in 1928 (when the city had fewer than 18,000 residents), and was then known as the "Beverly Wilshire Apartment Hotel". The E-shaped structure is built of a special Tuscan stone and marble in the Italian style.

Renamed the Beverly-Wilshire Hotel by new owners, it was renovated with a ballroom in the 1940s to accommodate the popular s of the day. An Olympic-sized swimming pool was built and championship s were added, with tennis champion as tennis director.

The hotel changed hands in 1958 and again in 1961, when it was purchased by a group of investors headed by Hernando Courtright.

Acquired by in 1985, the 395-room luxury hotel has been managed by Four Seasons Hotels and Resorts since 1992 under license from Regent International Hotels, which is now a subsidiary of Carlson Companies, Inc. of Minneapolis, .

The Beverly Wilshire was one of the filming locations for the 1990 movie "".

The Beverly Wilshire is a common filming locaiton for HBO's Entourage Television Series. With Cast and Crew filming there at least three or more times per season.

In March of 2002, around 175 people became sick during an outbreak of at Beverly Wilshire during the ’ Scientific and Technical Awards ceremony. Health officials believe that the came from food distributors, and was not due to the food handlers at the hotel. [ [http://www.about-norwalk.com/norwalk_outbreaks/news/officials-find-whats-ailing-oscar/ Officials Find What’s Ailing Oscar] ]