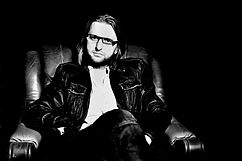 Leszek Możdżer (b. Lesław Możdżer, March 23, 1971, Gdańsk) is a Polish jazz pianist. He is also a music producer and a film music composer.

He has graduated from the Academy of Music in Gdansk, Poland. He is a winner of many music & culture awards, including Ad Astra, Jazz Oscars, Jazz Forum Award, Jazz Melomani Awards, and many others.

He started in a band of clarinetist Emil Kowalski, then he played with the band Milosc, which was very successful.

Leszek Możdżer was born Leslaw Możdżer on 23 March 1971 in Gdansk, Poland. He started playing piano at the age of five, after being encouraged by his parents.

In 1996 he graduated from the Instrumental Faculty of Academy of Music in Gdansk with honours.