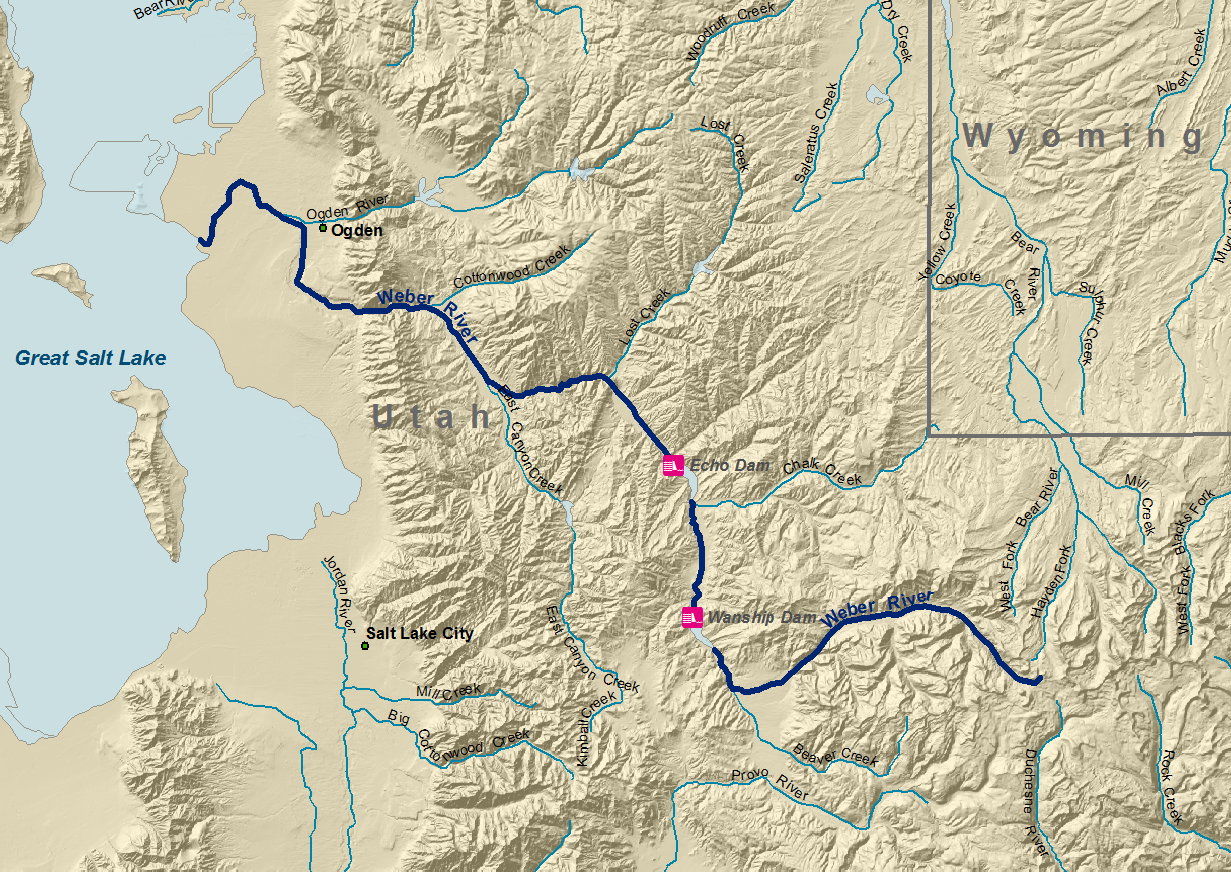 map_size =
map_caption = A map of the Weber River.

The Weber River (pronEng|ˈwiːbər) is a "c". convert|125|mi|km|0 long of northern , USA. It begins in the northwest of the and empties into the . The Weber River was named for American fur trapper .

The Weber River rises in the northwest of the , at the foot of peaks including Bald Mountain, , and . It passes by Oakley, and fills the reservoir of , then turns north, receiving the flow of major tributaries and at Coalville, . Coalville is also at the upper end of ; Below the reservoir, the river passes Henefer, turns more westerly, and then passes Morgan, where it receives . Issuing out of the mountains at Uintah, it turns north again where it is joined by the west of Ogden. The combined stream meanders across mostly-flat land, entering mud flats near where it empties into the , contributing about 25 percent of the total water entering the lake.

The Weber has long been used for irrigation and is part of the 's Weber basin project. Among the dams on the Weber are on Rockport Lake (completed 1957) and (completed 1931). The watershed totals about 2,500 sq mi.