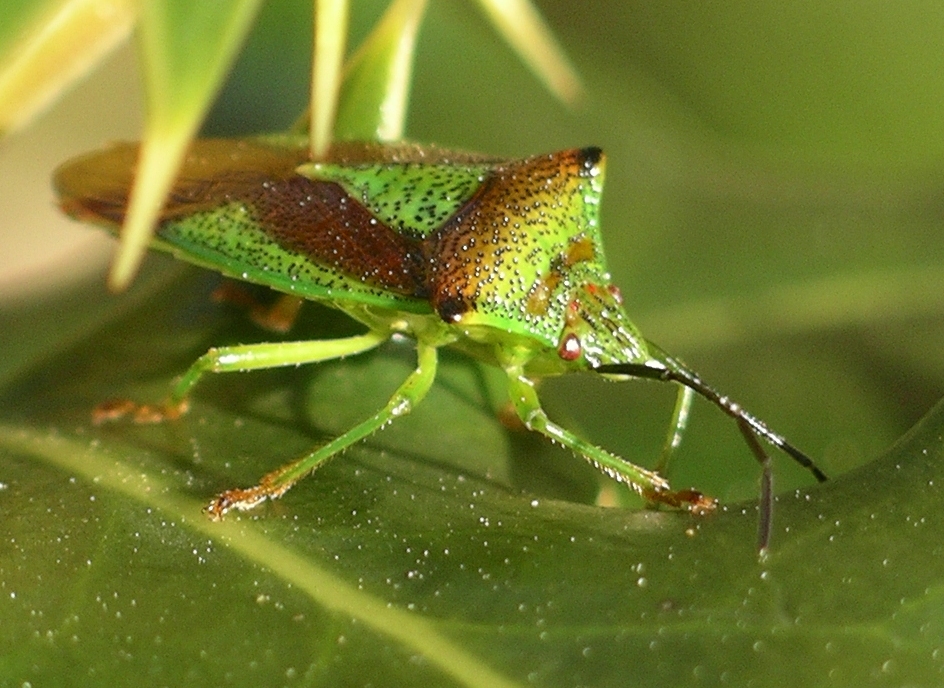 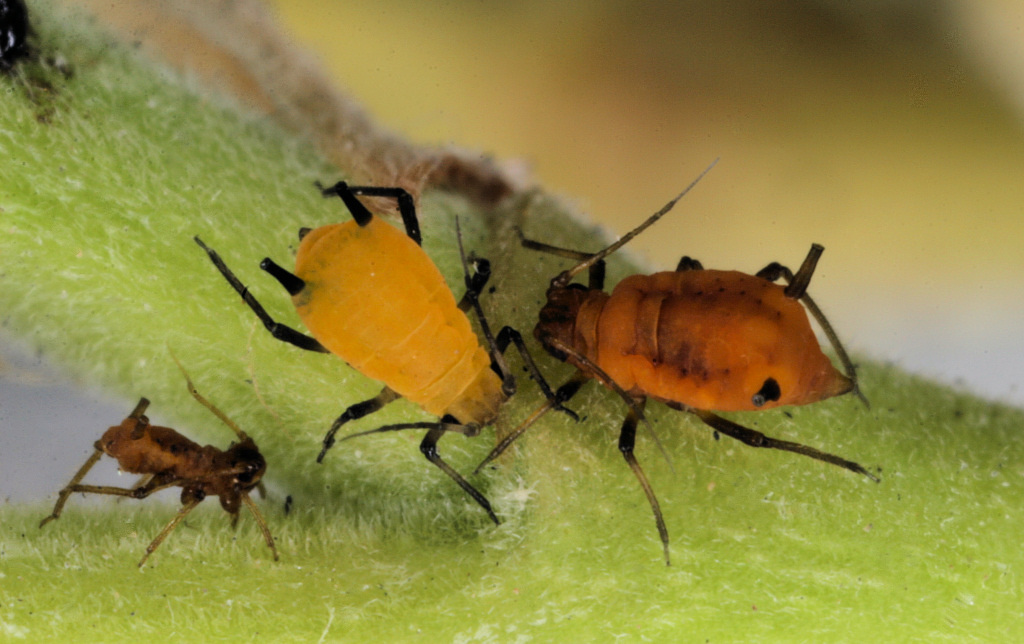 
Hemiptera is an order of s, comprising around 80,000 of s, s, s, s, s, and others, collectively known as the true bugs. They range in size from 1 mm to around 15 cm, and share a common arrangement of sucking [cite web |url=http://www.ento.csiro.au/education/insects/hemiptera.html |title=Hemiptera: bugs, aphids and cicadas |publisher= |accessdate=2007-05-08] .

The defining feature of hemipterans is their possession of where the mandibles and maxillae have evolved into a , sheathed within a modified labium to form a "beak" or "rostrum" which is capable of piercing tissues (usually plant tissues) and sucking out the liquids — typically sap.

The name "Hemiptera" is from the Greek "hemi" ("half") and "pteron" ("wing"), referring to the forewings of many hemipterans which are hardened near the base, but membranous at the ends. These wings are termed "hemelytra" (singular: "hemelytron"), by analogy with the completely hardened elytra of s. They may be held "roofwise" over the body, or held flat on the back, with the ends overlapping. The hindwings are entirely membranous and are usually shorter than the forewings.

The antennae in Hemiptera are typically five-segmented, although they can still be quite long, and the tarsi of the legs are three-segmented or shorter [cite web |url=http://eny3005.ifas.ufl.edu/lab1/Hemiptera/Hemiptera.htm |title=ENY 3005 Families of Hemiptera |author=John L. Foltz |date= |publisher=] .

Although hemipterans vary widely in their overall form, their mouthparts (formed into a "rostrum") are quite distinctive; the only orders with mouthparts modified in a similar manner are the and some , and these are generally easy to recognize as non-hemipteran for other reasons. Aside from the mouthparts, various insects can be confused with hemipterans, including es and psocids, both of which have longer many-segmented antennae, and some s, but these have fully-hardened forewings which do not overlap

The present members of the order Hemiptera were historically placed into two orders, Homoptera and Heteroptera/Hemiptera, based on the differences in wing structure and the position of the rostrum. These two orders were then combined into the single order Hemiptera by many authorities, with Homoptera and Heteroptera classified as s. The order is presently more usually divided into four or more suborders, after it was established that the families grouped together as "Homoptera" are not as closely related as had previously been thought (see ). contains the s, s, s, s, and s. The 12,500 species in the suborder are the s, whiteflies and s. The suborder (comprising the single family Peloridiidae), contains fewer than 30 species of -distributed bugs, and is sometimes grouped with the Heteroptera (to form the suborder ). itself is a group of 25,000 species of relatively large bugs, including the s, s, s, flower bugs and the water bugs (see below).

Hemipterans are hemimetabolous, meaning that they do not undergo between a l phase and an adult phase. Instead, their young are called nymphs, and resemble the adults to a large degree, the final transformation involving little more than the development of functional wings (if they are present at all) and functioning sexual organs, with no intervening l stage as in holometabolous insects. Hemiptera is the largest insect order that is hemimetabolous; the orders with more species all have a l stage (, Coleoptera, Diptera and ).

Many aphids are parthenogenetic during part of the life cycle, such that females can produce unfertilized eggs, which are clones of themselves.

Most hemipterans are phytophagous, feeding on plant sap, such as s, s and s. Most of the remainder are predatory, feeding on other insects, or even small vertebrates. A few, however, are parasites, feeding on the blood of larger animals. These include s and the s of the family , which can transmit potentially deadly "" infections

Several families of Hemiptera are "water bugs", adapted to an aquatic lifestyle, such as the water boatmen and water scorpions. They are mostly predatory, and have legs adapted as s to help the animal move through the water. The "pondskaters" or "water striders" of the family are also associated with water, but use the of standing water to keep them above the surface; they include the genus "" which is the only group of insects to be truly marine .

Many species of Hemiptera are significant pests of crops and gardens, including many species of (such as whitefly, greenfly and blackfly) and various s, including the cottony cushion scale, a pest whose infestation of American "" crops sparked one of the earliest programmes, when the Australian beetle "" was introduced as a of the scale insect [Cite web |url=http://gardenbees.com/biological%20control/revolution.htm |title=Cottony cushion scale: The pest that launched a revolution in pest control methods |date= |author=David L. Green] .

Conversely, some predatory hemipterans are themselves biological pest control agents, such as various nabids [http://www.entomology.wisc.edu/mbcn/kyf402.html] and even some members of families that are primarily phytophagous, such as the genus "" in the family [http://www.nysaes.cornell.edu/ent/biocontrol/predators/geocoris.html] . Other hemipterans have positive uses, such as in the production of the dyestuffs and , or .