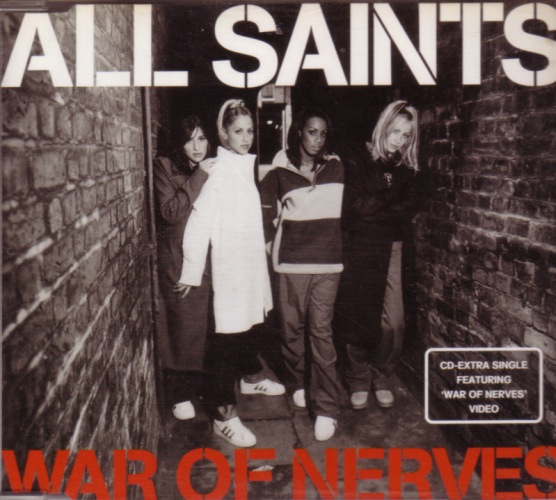 : "This article is about the All Saints single War Of Nerves, not to be confused with the album ."

"War of Nerves" is a song by , which was released as the fifth and final single from their debut , "All Saints". In the UK it peaked at #7 in the charts. Its overall sales stand at 176,714.

"War of Nerves", is set in London's famous Met Bar [ [http://www.worldsbestbars.com/city/london/the-met-bar-london.htm Worlds Best Bars] Met Bar] . It also features a bus with an advertisement for All Saints which was visible in London for quite a while. Member 's pregnancy was also written in the concept for the video as she would be shown , exposing her belly in a silouette. [ [http://www.melanieblatt.co.uk/biog.html MelanieBlatt.co.uk] Official Biography]