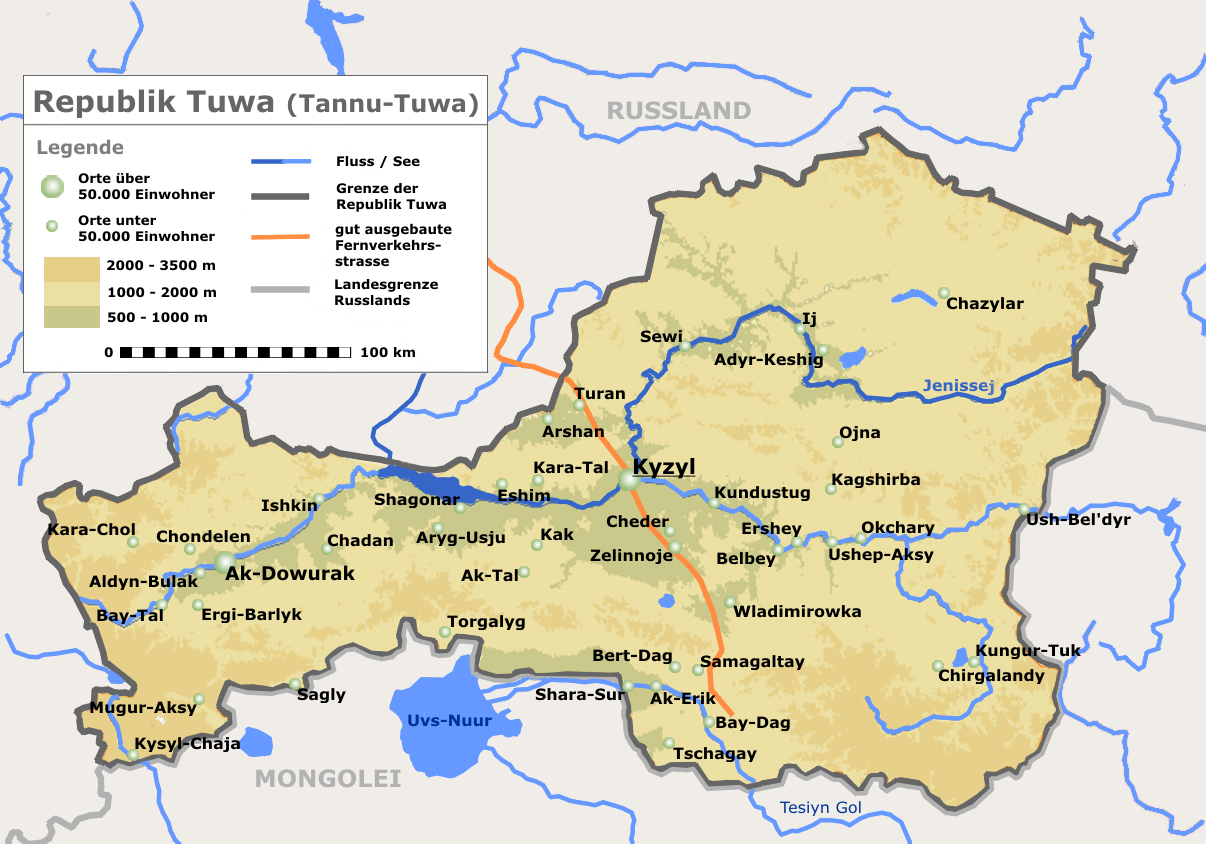 Following the , Communist troops took Tuva in January 1920. The chaos accompanying this era allowed the Tuvans to again proclaim their independence. On 1921, the s (supported by ) established a Tuvan People's Republic, called Tannu Tuva until 1926. The capital Khem-Beldyr was eventually renamed to ("Red" in Tuvan; Russian transliteration: Кызыл). A treaty between the and the in 1926 affirmed the country’s independence. No other countries formally recognized it.

Tuva’s first Prime Minister was of the . Kuular made the state religion and tried to limit settlers and propaganda coming from Russia. He also tried to establish ties with Mongolia. Russia became increasingly alarmed by these initiatives and in 1929 Prime Minister Kuular was arrested and later executed. In Russia meanwhile (in 1930) five members of the (KUTV), the same group that executed Kuular, were appointed "commissars extraordinary" for Tuva. Staunchly loyal to 's government, they purged the Tuvan People's Revolutionary Party of about a third of its members and pushed in the traditionally nomadic country. The new government set about trying to destroy Buddhism and shamanism in Tuva, a policy encouraged by Stalin. Evidence of the success of these actions can be seen in the decline in the numbers of s in the country: in 1929 there were 25 Lamasaries and about 4,000 Lamas and Shamans; in 1931 there was just one Lamasery, 15 Lamas and approximately 725 shamans. The attempts at eradicating nomadism were more difficult. A census in 1931 showed that 82.2% of Tuvans still engaged in nomadism. , one of the commissars extraordinary mentioned above, was made General Secretary of the Tuvan People’s Revolutionary Party in 1932. He would stay in power in Tuva until his death in 1973.

Tuva entered with the Allies on 1941, three days after the Soviet Union. On 1944, at the request of Tuva’s Small People's Khural (parliament), Tuva was attached to the Soviet Union as by the of the USSR, although there was no Tuva-wide vote on the question. The Small People's Khural formalized the annexation at its final session on 1944. Salchak Toka was given the title of First Secretary of the Tuvan Communist Party. Tuva was an autonomous republic ( within the ) from 1961 until 1992.

The area that was the Tuvan People's Republic is now formally known as Tyva Republic within the . While there have been talks about restoration of the sovereignty of Tuva (which is formally possible), they have had no impact to date. This has been due to various reasons, including the heavy national dependence on the Russian economy and the of the population (although over 75% are ethnic ).