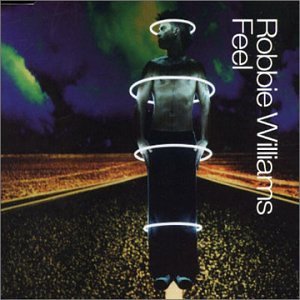 "Feel" is a song by British pop singer . It was released as the lead single from Williams' fifth studio album, "Escapology", in 2002.

The video shows Williams in a cowboy-like lifestyle. It gained some attention in the thanks to 's appearance as Williams' love interest. There were two versions of the same video, one shot in black and white and the other in colour.

The song was aimed to become the Christmas number-one in the United Kingdom, but just missed out when it peaked at #2. It still spent four weeks inside the Top 10, however. [ [http://www.polyhex.com/music/chartruns/chartruns.php Robbie Wiliams' British Chart Runs] ] "Feel" became Williams' biggest international hit, becoming his first number-one single in the United World Chart and his best selling single in : the song topped the charts in , , , , , , and the . The song was also successful in , where it reached #10 and spent a total of 54 weeks in the chart. [ [http://www.robbiewilliams.com/ Robbie Williams.com > Discography > Feel] ] . Despite Williams' major success in the most of the world, "Feel" failed to reach Billboard's Hot 100 in the USA.

These are the formats and track listings of major single releases of "Feel".