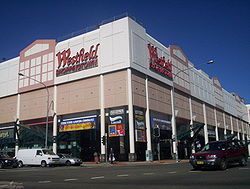 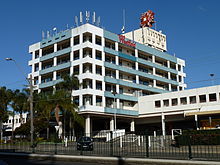 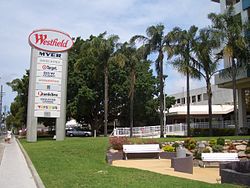 Westfield Miranda (also known as Miranda Fair), owned and managed by the Westfield Group, is a large shopping centre in the suburb of Miranda in the Local Government Area of Sutherland Shire in southern Sydney in the state of New South Wales, Australia.

Miranda Fair was originally opened in 1964 and was purchased by Westfield in 1969. There have been two major renovations and extensions since then. The first was in 1971, which made it the largest shopping centre in Australia for its time. It was also was the first major shopping centre to have two major department stores, Grace Bros and Farmers. Further expansion occurred in 1992 giving it 108,316m² of retail space. Since these openings, other shopping centres have been built and expanded, including Westfield Parramatta and Westfield Bondi Junction, now making it the 4th largest Westfield shopping centre in Sydney. In early 2009, Sutherland Council approved plans to upgrade the complex, which will include demolition of the office tower and adding additional shops. The entrance will be moved closer to the Kingsway.[2]

Miranda Fair is easily distinguishable as it has a large eight-pointed, slowly-revolving star on its rooftop. Part of the heritage of the centre, and somewhat of a local landmark, the star is lit at night and unique to any Westfield shopping centre.

There are several large car parking areas around the complex with parking spaces numbering 5000. All parking is free (except a secure area carpark for a small flat daily fee) and in peak shopping periods such as Christmas and Boxing Day Sales areas surrounding the centre are leased by management to handle the overflow of demand. Rail access is provided by Miranda railway station on the Illawarra railway line immediately adjacent, making it easily accessible from southern and eastern suburbs of Sydney.

Westfield Miranda has 396 Retail outlets[3]. Stores in the centre include: