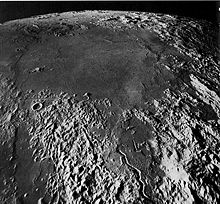 Mare Vaporum (the "sea of vapors") is a lunar mare located between the southwest rim of Mare Serenitatis and the southeast rim of Mare Imbrium. The lunar material surrounding the mare is from the Lower Imbrian epoch, and the mare material is from the Eratosthenian epoch. The mare lies in an old basin or crater that is within the Procellarum basin. The mare is 245 kilometres (152 mi) in diameter and 55,000 km2 (21,000 sq mi) in area. It may be from the Pre-Imbrian period, which lasted from 4.55 to 3.85 billion years ago. To the south of the mare is a light colored thin line. This feature is Rima Hyginus. The mare is bordered by the mountain range Montes Apenninus. The mare was named by Giovanni Battista Riccioli in 1651.[2][3] 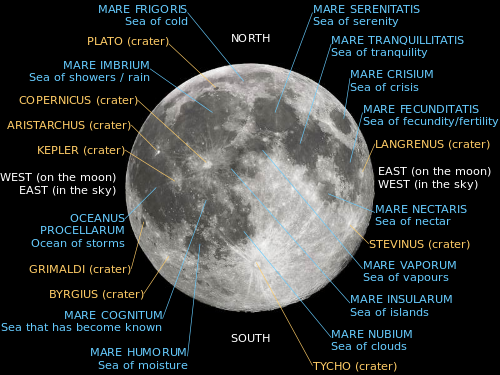